Home Archives Subscribe Meet the team
For active travelers: Fishing and Hiking in the Azores 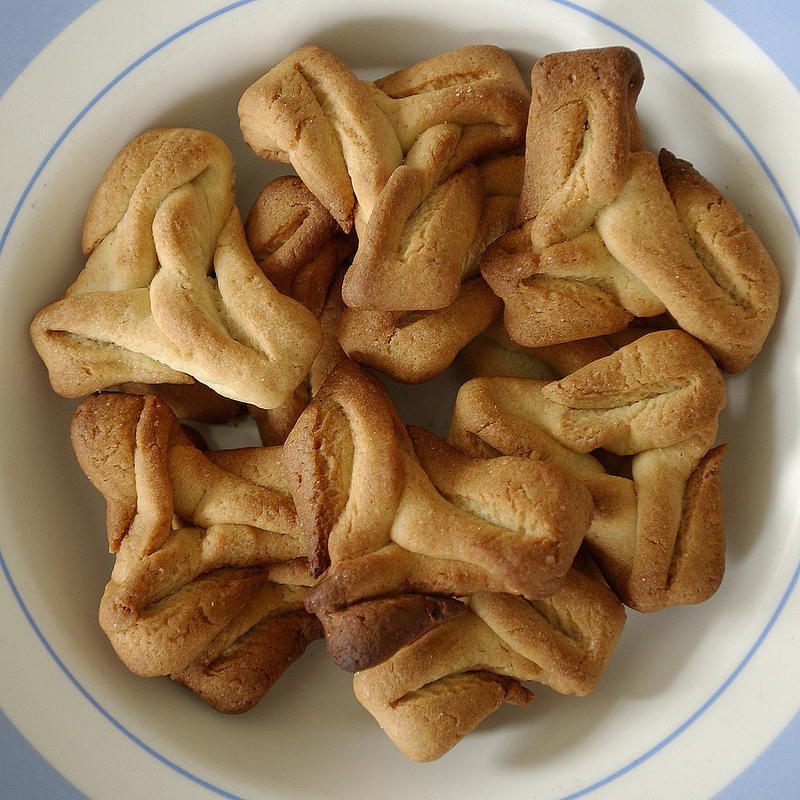 Azorean cuisine is influenced by mainland Portugal, but also has its own distinctions. The people of São Miguel flavor their dishes with hot red pepper paste, while the island of Terceira specializes in Alcatra, a wine-and-spice-soaked beef dish.  One of the many benefits of living in the middle of the Atlantic Ocean is the vast abundance of fish… so much so that each island seems to have developed its own fish specialty. Local restaurants will usually offer a “Catch of the Day” for a visitor to try, while limpets (a shellfish) and cracas (a small mollusk unique to the Azores) are specialties. Rich fish chowders are also quite common. On mainland Portugal, salted codfish is a staple that is so much a part of the culture and cuisine that they say there are 365 ways to cook it -- one recipe for each day of the year! But Azorean cuisine offers its own variation on this cod theme, offering options like mackerel, octopus or perch. Meanwhile, the island of São Miguel is famous for its stewed octopus recipe, which involves garlic, onion, chili pepper, paprika and vinho de cheiro (a locally produced fragrant wine). Another Azorean delicacy is chicharro (blue jack mackerel), a tasty small fish prepared by deep-frying, served with a black-eyed pea salad - All with a spicy sauce. 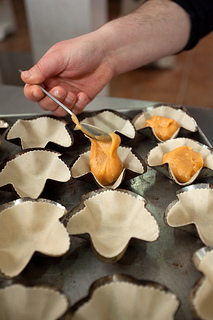 Credits: Azores Photos
Cows are also abundant throughout the Azores, and can be seen grazing freely in open pastures. Beef is a favorite in Azorean cooking, and is often served grilled or roasted in a wine sauce. Alcatra, a dish most famous on the island of Terceira, is a local version of bouillabaisse with beef.  Using bacon fat, onions, garlic, cinnamon, peppercorn, vinegar, butter and white wine, the chef cooks everything together in an unglazed red earthenware bowl.  The beef dish is usually accompanied by massa sovada, a Portuguese sweet bread.

Local cheeses are often served before a meal, accompanied by Portuguese sweet bread. The islands of São Miguel, Pico and Faial produce excellent cheeses – while a fresh, creamy cheese called queijo fresco is a favorite on all the islands – but São Jorge’s cheeses are famous throughout Europe. A fresh pepper sauce called massa de pimenta is served with cheese and bread on all the islands. After a meal, pastries and cakes with caramel, walnuts, cheese and pineapple are the perfect capper to an Azorean feast. But the best treat? A type of little cheesecake is the specialty on the island of Graciosa or from Vila Franca on São Miguel.

As for fruit? Visitors can find pineapples growing year-round in hot houses throughout the Azores, producing an intense, fruity flavor with just a hint of smoke or bite to them. The island of São Miguel has more than 6,000 hot houses. They’re definitely a hit, showing up in pastries, cakes, and even liqueurs. 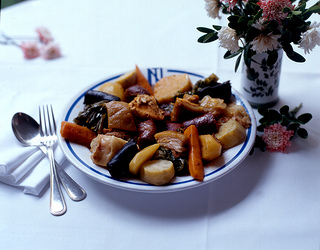 Libation enthusiasts will be happy to know that many fine wines, liqueurs and brandies are distilled on the Azorean islands. The locals use exotic fruits for the liquors and brandies, and grow their own grapes for wine.  The fine white wines grown in the lava-rich soil of Pico were once the choice of the Czars of Russia in the 19th century. Today the stonewalled vineyards are UNESCO World Heritage. Excellent wines are also made on the island of Graciosa and along the north coast of Terceira in Biscoitos.

When eating in Azorean restaurants, you’ll want to leave your watch at home. That’s because it’s traditional to eat late (8 p.m.) and linger over your meal with wine and an after-dinner drink. Make sure you save room!