The ties that bind the Azores to New England go back 300 years, when many English ships carrying what would become American colonists to the New World stopped in the Azores to rest and replenish supplies. Azoreans were among the first to fish the waters of North America. Many Portuguese historians believe that sailors from the Azores sighted North America years before Columbus.

Sailors stopped in the Azores for centuries to load up on oranges, which was the only way to ward off scurvy on board. Every major whaling expedition sailing from New England - from ports such as Nantucket Island, New Bedford and Edgartown - sailed to the Azores for supplies, dories and sailors before starting their voyage. In fact, it was New Englanders who taught the Azoreans the value of whaling. The Azoreans became so good at landing whales that American sea captains came to the Azores just to get crews. This built the foundation of a strong commercial bond between the sailing ships of New England and the Azores. 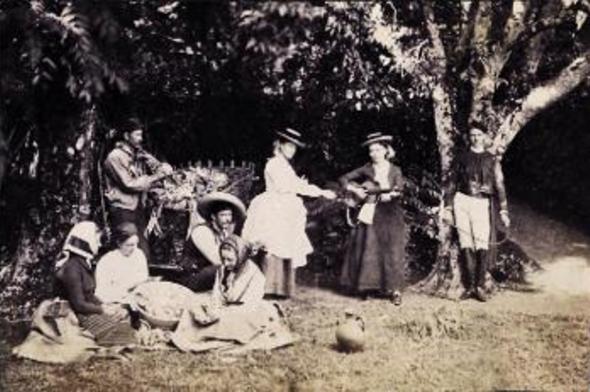 Credits: New Bedford Whaling Museum
In the 18th and 19th centuries, the Azores, became the main port of call for trans-Atlantic clippers, leading Boston merchants to feel at home at Horta on Faial. The Dabney family was one of the first Boston families to settle in the Azores and John Bass Dabney, a merchant and wine importer, was made first U.S consul to Azores (1806-1826).

On the 18th century, an American vice consul and orange exporter, Thomas Hickling, built a fine mansion on Ponta Delgada’s main avenue which became the first building of the US Consulate in the city. Later it was turned into a hospitality school and hotel called Hotel São Pedro, which offered fine food and lodging with a New England flair. Hickling’s original estate is in the resort town of Furnas, where he built a lush botanical garden using the heated waters of nearby geysers. The garden, adjacent to the art deco Terra Nostra Garden Hotel, is open to the public. In 1944, an American airbase was set up on Santa Maria and was later transferred to the NATO airbase at Lajes on Terceira. 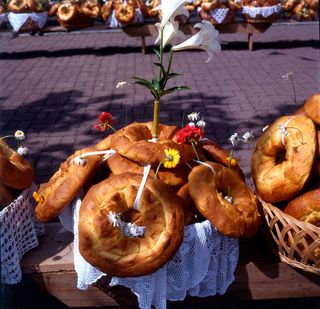 As the whaling industry declined following the introduction of crude oil in the 1870s, many Azoreans began to immigrate to New England. They brought their strong work ethic to the mills in southeastern New England and the fishing industries around New Bedford and Gloucester, Massachusetts. But they also made a significant cultural impact on New England. Popular summer feasts and festivals in Portuguese communities in New England all trace their roots to the traditional Holy Ghost festivals of the Azores.

Foods that are commonplace in New England kitchens are also uniquely Azorean – Portuguese sweet bread, Portuguese muffins, red pepper paste and linguiça sausage all hail from the islands. Even the way New Englanders often pronounce Portuguese foods – “churrice” for chouriço sausage – shows an Azorean influence. By 1998, immigration from the Azores to New England had ended, but today there are twice as many people of Azorean decent living outside of the Azores than on the islands or mainland Portugal.