Chanfana is famous around Coimbra, but this dish is said to be best in Vila Nova de Poiares. And that is where you need to go to try it! (apologies to Miranda do Corvo)

From January10 to 20, Chanfana Week is the festival including the best Vila Nova de Poiares restaurants, which have joined together to celebrate this local dish. Chanfana Week is organized by the Confraria de Chanfana (Brotherhood) which in 2020 will mark its 15th year.

Chanfana is a slow cooked goat stew, and you can try the best at Chanfana Week in the UNIVERSAL capital of Chanfana,  Vila Nova de Poiares.

What is chanfana?  It is a traditionally goat meat dish baked in a black clay pot in a wood-fired oven, in red wine, garlic, bay leaves, pepper, colorau and salt.

There are several versions for the origen of chanfana. None is fully embraced as fact.

Some point to the appearance of chanfana during the Napoleonic Wars in the early nineteenth century, in the districts of Viseu and Coimbra.

One version is that the dish was invented by the nuns of the Semide Monastery who, to prevent the French from stealing their flocks, killed the animals and cooked them. As the French had poisoned the well, the nuns used wine to cook them.

Another version links the nuns of this same monastery to the Napoleonic invasions. The French had confiscated all local animals for food, leaving only the old ones - considered useless for food, and the nuns cooked the old goats in wine.

And, we cannot  forget the clay pot in which it is cooked - a  traditional Vila Nova de Poiares black clay pot called a caçoila.  The  caçoila, a clay pot in which this dish is made is soaked overnight, and enhances the flavors. 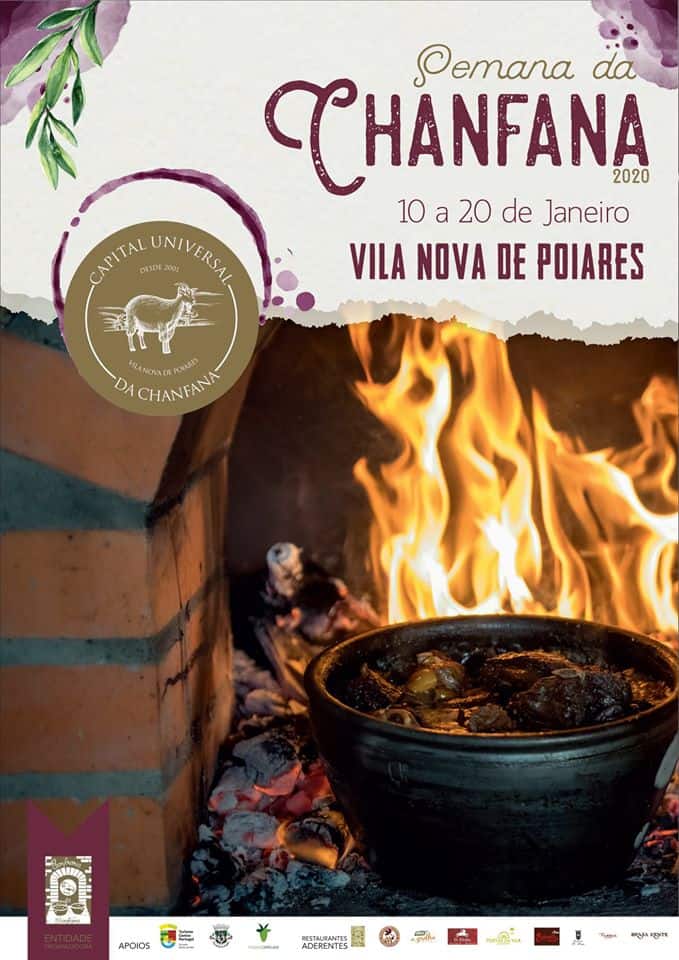 You can order the Authentic pot from Portugaliamarketplace.com