Portugal was voted the World's Best Tourist Destination for the second consecutive year at the 25thAnnual World Travel Awards, at a ceremony held on Saturday, December 1, at the Pátio da Galé in Lisbon.

The World Travel Awards awarded a total of 16 prizes to Portugal, a record result, up significantly from seven awards last year and four in 2016.   In June, Portugal was also named Best Tourist Destination in Europe for the second consecutive year. 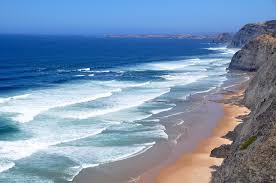 "It is a great honor to receive this distinction again,” said Secretary of State for Tourism, Ana Mendes Godinho.  “Being named the world champions in Tourism for the second consecutive year is a sign that Portugal is indeed a must-see destination.  Thanks goes to the work of all the Portuguese -- this is, above all, a prize for them.”

Portugal is a unique gem of Europe.  While the country has eight centuries of history with marvelous castles and architecture, it is also a must-visit place for foodies. Portugal has the biggest exclusive fishing zone in Europe, making seafood fresh and affordable. Local cuisine is vegetarian-friendly as well, offering hearty soups, stews and locally grown fruits and vegetables. Pop music lovers of all ages will enjoy local music festivals.