Home Archives Subscribe Meet the team
How do I pick a place to eat in Portugal?
Portugal to celebrate European Cycle Tourism Week with events around the historic town of Belmonte

Fernando Pessoa was a Portuguese poet that during the late 20th century created a literary legacy marked by the modernist movement in Europe.

A disruptive form of art, the political and social instability reached the modernist art scene as a form of controversy and revolt against the established and conventional. In the spotlight of its work, the three heteronyms created by Pessoa reveal such disruptiveness and fragmentation. In short he had three alter-egos under whose name he wrote radically different poetry.

"I am nothing. I will never be anything. I can't wish to be something. Apart from that, I have in me all the dreams of the world" were the word of Alvaro de Campos, one of the poets' three heteronyms. 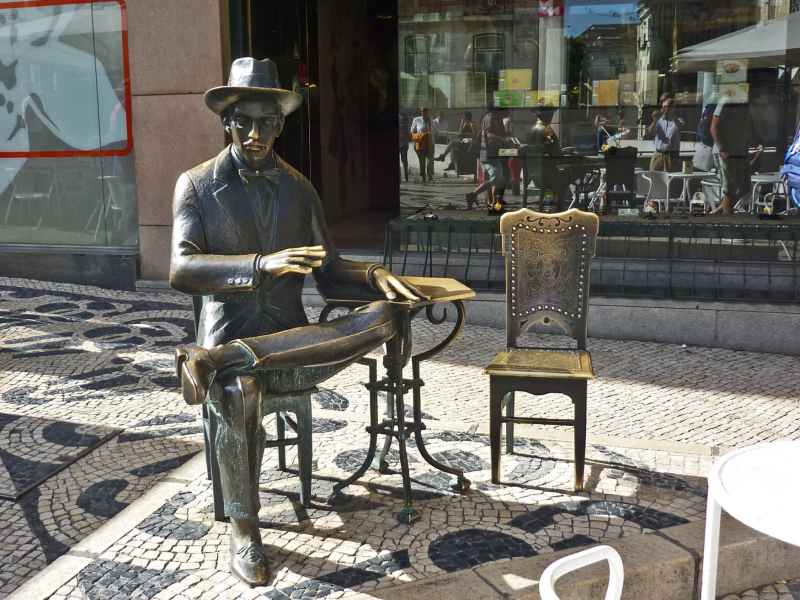 Pessoa created for Alvaro de Campos, Ricardo Reis and Alberto Caeiro three distinct universes, identities and thoughts, sustained in each one's detailed biographies. That's what makes them no simple pseudonyms, but heteronyms in the first place. Through their voices, from the existentialist Alvaro, the anxious Ricardo and the naturalist Alberto, Pessoa could unfold itself in its many ways of relating to the world.

The poet lived most of his life in Lisbon, where he was born, and is recognized as one of the most important figures in the Portuguese literary culture.

With a habit of writing his notes while having a coffee at A Brasileira, in Chiado, where most of the city's intellectuals got together back in the day, you can still find Pessoa outside the cafe.