The hills and walls of Belmonte, Portugal, were once home to Romans, a secret Jewish community and the explorer who first sighted Brazil. From June 29 to July 7, 2019, they will play host to dozens of cyclists as part of European Cycle Tourism Week, a Europe-wide event organized by the European Union of Cycle Touring UECT.

The event at Belmonte is a diverse cycling festival with no races, but rather it lets participants discover a fascinating region with countless trails around the historic town of Belmonte, some three hours north of Lisbon. Belmonte is dominated by its 13th century castle that also served as a fortified manor in the 15th century to the family of Pedro Alvares Cabral, the explorer of Brazil.

Throughout the week there will be three daily rides (short, medium and long) with beginning and end at Belmonte:  10 in-line routes to the most distant Historic villages; 2 challenges of higher difficulty, with mountain and long distances; 1 route GPC - Great Cycling Route of the Historical Villages, of about 250 miles.

This event is held annually in each country’s UECT ember federation of the UECT, including the Portuguese Cycling Federation.According to a recent study by the European Cyclists Federation, the cycling tourism industry in Europe is worth $55 billion per year, and growing.

With a pleasant climate and a sun shining all year-round, Portugal offers lovely conditions to be explored by bike. The diversity of landscapes makes it possible to, within a few miles, cycle from the hills to the sand dunes and beaches, from the city to the countryside, and so on. Set on a peninsula, Portugal has a fast changing geography coupled with very good infrastructure of older roads bypassed by newer highways perfectly suited for cyclists – with very little traffic and good pavement.

The town of Belmonte there was the center of community life for “crypto” Jews, a people who, for centuries, practiced their religion in secret after it had been banned by the Inquisition. When the connection was made between the traditions practiced in Belmonte and Judaism, Jewish communities around the world helped the Jews of Belmonte rediscover their roots. In 1993, the community welcomed its first rabbi in more that four centuries and, soon thereafter, Temple Bet Eliahou was built. 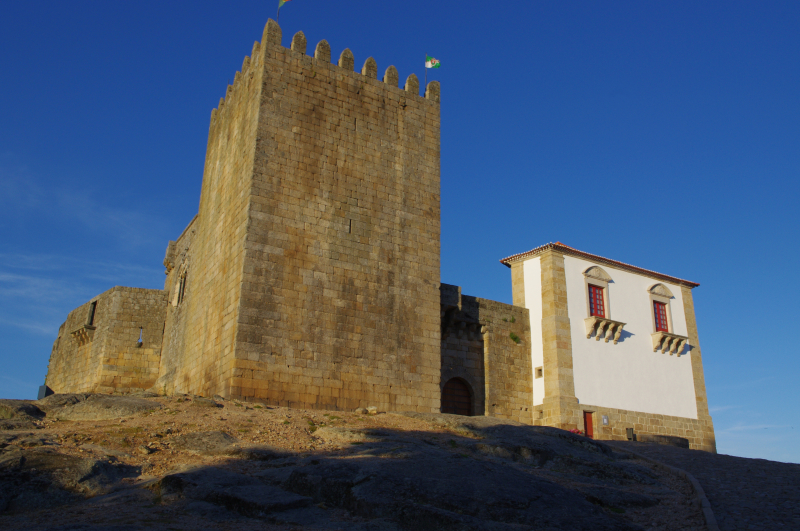 Northeast of town is a Roman tower known as Centum Cellas, a mysterious square, three-storied structure.

The event is family friendly family, with planned cycling activities for children, events and historic village tours for companions. There are specific prices for companions (not riding), children between 3-17 years and 18-25 years of age.