Back in 1952, as Portugal marked 145 years since the French Invasions of the Napoleonic Wars, Raul Ferrão and José Galhardo penned a fado entitled "Lisboa não sejas francesa," or "Lisbon, do not be French," for a musical review.  At the time, numerous shops and boutiques in Lisbon had French names, but the song harkened to the French occupation of Lisbon in 1807.

"Lisboa não sejas francesa" was a hit, recorded by the great Amália. And if followed upon their international hit "Coimbra" recorded by dozens of stars under the title of "April in Portugal," including Louis Armstrong, Eartha Kitt, and Bing Crosby.

Here is a link to the catchy fado, who lyrics translate like this: 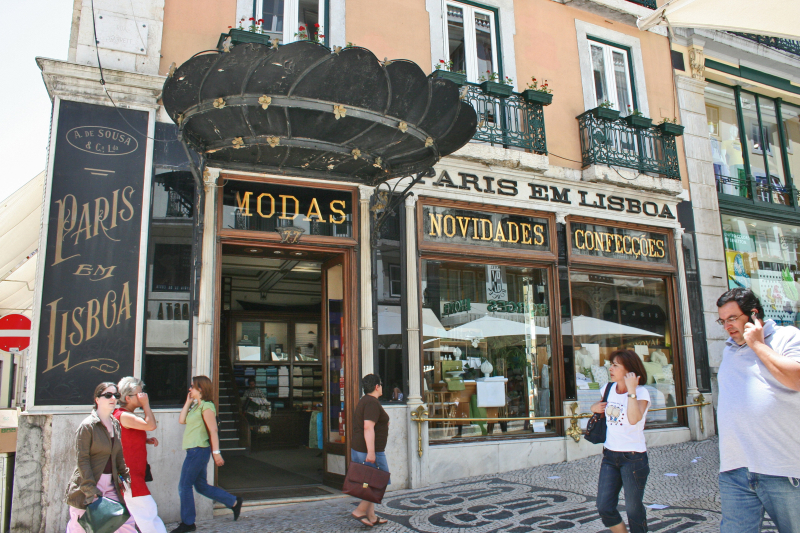 Don't step out with the French.
Menina, Lisbon,
Portugal can be sweet at times
But certain things it does not forgive
Look well in the mirror.
Do not give displeasure to your father.

Lisbon, do not be French
Surely
You will not be happy
Lisbon, what an odd idea
Vain, alfacinha,
To marry Paris

Lisbon, you have any boyfriends here
What they say, poor things,
With souls in their voice
Lisbon, do not be French
You are Portuguese
You are only for us.
Do you love the beautiful uniforms?
Girl, Lisbon,

You have lieutenants there,
Brave and valiant,
Born and bred here,
Go, get decent manners
Whimsical and Bad Girl

Lisbon, do not be French
You are Portuguese
You are only for us.