The Museum of Olive Oil just opened to the public in the Portuguese village of Bobadela, near Oliveira do Hospital. It tells the story of the production of olive oil from Roman times to the present. 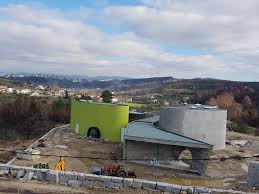 Set in the village of Bobadela, Centro, the museum has an extensive collection, which features unique pieces collected by António Dias.

The museum opened to the public at the beginning of December and is a space dedicated entirely to the history of olive oil production (grinding, pressing and decanting) from Roman times - about two thousand years ago - to the contemporary period . The exhibition route is made by several rooms dedicated to each of the periods. http://www.museudoazeite.com