Home Archives Subscribe Meet the team
Quality Time in Portugal: Four ways to reconnect with Family and Friends
Portugal’s cuisine is as rich and varied as its landscape - from North to South there are many culinary experiences available

The guitarist, who was honored by the Amália Rodrigues Foundation with the "Instrumental Prize,” will present music from her album "Marta Pereira da Costa,” as well as some of her latest compositions. The album, released by Warner Music, features performances with Richard Bona, Tara Tiba, Camané, Dulce Pontes, Rui Veloso and Pedro Jóia.

"After more than thirty concerts last year, I am so happy for the opportunity to take my Portuguese guitar to the US," says Marta Pereira da Costa.

The tour starts on March 8 in Washington, DC and she will perform in a quintet accompanied by António Pinto on guitar, Miguel Amado on bass, Alexandre Diniz on piano, and André Sousa Axe on drums. This tour has the support of the Fado Museum, GDA Foundation, Why Portugal, and New York-based Art Institute.

According to Museu do Fado: “On stage, Marta Pereira da Costa adds what cannot be recorded: the heart of the woman who made the Portuguese guitar an extension of her soul. It has been praised throughout the Fado universe, but also outside it. Marta Pereira da Costa is currently the only professional guitarist of Fado worldwide.”

The Portuguese guitar, or guitarra portuguesa, has twelve steel strings and dates back to Portugal’s beginning in the 12th century.  Lovingly called the "banza," Portuguese sailors took it with them around the world. Not surprisingly, it has undergone considerable modifications over the centuries - and makes a sound like no other instrument. 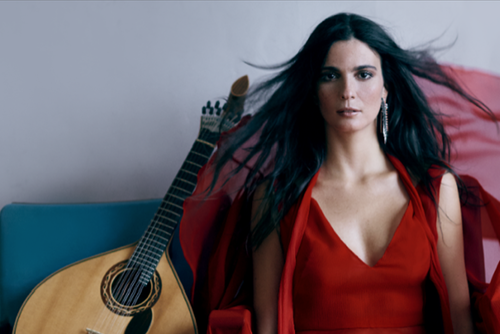