Home Archives Subscribe Meet the team
Get to know the real Portugal, the one you won't find in the guidebooks
What’s the deal with…. the Portuguese language?

Portugal's Algarve hosts an episode of ABC’s The Bachelor

Portugal Tourism and the Algarve are proud participants of an upcoming episode of ABC’s The Bachelor. The episode will feature the breathtaking scenery of Portugal including visuals of the iconic Cape St. Vincent and the city of Tavira, in the Algarve, as newest Bachelor, Colton Underwood, continues his journey to love with the remaining women vying for his heart. This episode of The Bachelor, currently celebrating its 23rd season, is scheduled to air Monday, March 4, 2019, at 8/7c, on ABC.

Colton Underwood burst onto the scene during season 14 of The Bachelorette. It was his good looks, love for dogs and vulnerability that charmed not only Bachelorette Becca Kufrin, but all of Bachelor Nation. This former NFL player made a play for Becca’s heart but was sadly sent home after professing he had fallen in love. When Colton showed up to the beaches of Mexico last summer on Bachelor in Paradise, he was hopeful. While he may not have found love, he didn’t leave empty-handed. He found closure with former flame Becca Kufrin; clarity with Bachelor Nation favorite Tia Booth; and above all, an unwavering desire to find the woman of his dreams. After a summer of growth and a new perspective on what he is looking for, Colton is more than ready for this next chapter. Colton returned for another shot at love, ready to capture hearts across America yet again as the star of The Bachelor,which premiered for its 23rdseason on Monday January 7, on The ABC Television, streaming and on demand. 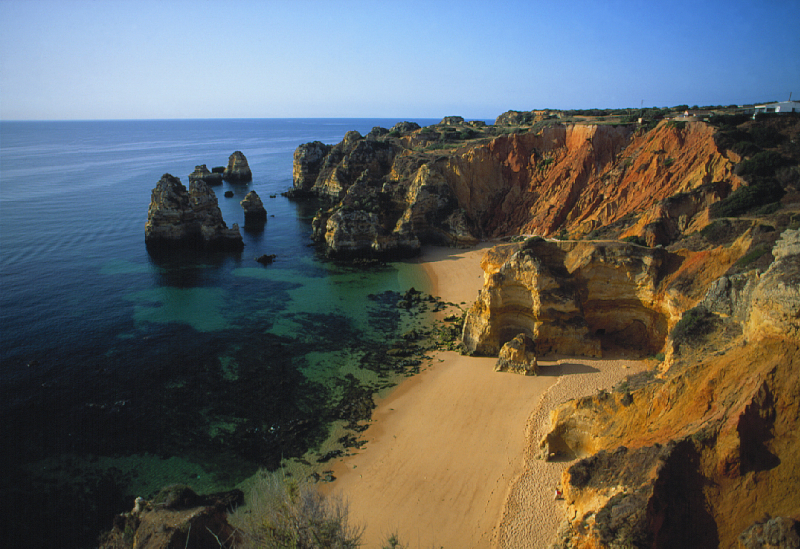 Tavira is a small city on Portugal’s Algarve coast. It straddles the Gilão River, which reaches the sea through the inlets and lagoons of Ria Formosa Natural Park. Tavira Island has a long, sandy beach, plus salt pans that attract flamingos, spoonbills and other wading birds. In the center, medieval Tavira Castle has city views. The Santa Maria do Castelo Church houses the tombs of seven knights killed by the Moors.

Cape St. Vincent is a head land in the Algarve municipality of Vila do Bispo. It is the southwestern-most point of both Portugal and mainland Europe and a very special place due to its famous sunsets and dramatic cliffs.

To learn more about Portugal Tourism go to https://www.visitportugal.com/en

On ABC’s hit primetime reality series The Bachelor,one lucky man is offered the chance to find true love. A single and eligible Bachelor embarks on a romantic journey, getting to know a number of beautiful women, gradually narrowing the field as he continues his search for his soul mate. At the end of this romantic voyage, if he has found the one, will there be a proposal — and will she say yes? Hosted by Chris Harrison, The Bacheloris produced by Next Entertainment in association with Warner Horizon Unscripted & Alternative Television.