Home Archives Subscribe Meet the team
Three new luxury hotels to open on Madeira (Portugal) this June
Do I need to rent a car in Portugal?

Lisbon is one of the hottest destinations in Europe… Up the coast is Porto.. but on your way there, in the middle of the Atlantic there’s a group of islands to explore

Set just 2,000 miles east of Boston, The Azores are, without question, some of the most beautiful islands in the world… and yet they remain off the radar. The Azores’ year-round mild climate gives these Atlantic islands a fresh, spring like quality no matter when you visit. No matter what the weather back home, it’s always between 58 and 74 degrees F in the Azores. Summer arrives in June and often stays until December. The lava-rich soils, fed by volcano eruptions of the past, nurture more than 1,200 species of plants, flowers and trees. The landscape varies from open fields lined with country roads to tiny towns perched on oceanfront cliffs.

But, that often gets lost in shadow of Lisbon. That is because Lisbon is one of the hottest destinations in Europe, seeing double-digit travel growth every year. The charming Portuguese capital has cemented its reputation, as one of Europe’s must see cities, with a flourishing creative economy, and a boom in eateries, brewpubs, museums, wineries and inns. Up the coast is Porto – also lauded by media as the new big place to go, with it wine bars, wine cellars and cruises. Fly from Boston to Portugal, and you go over the Azores, nine volcanic islands that are part of Portugal and unlike anyplace else on earth. 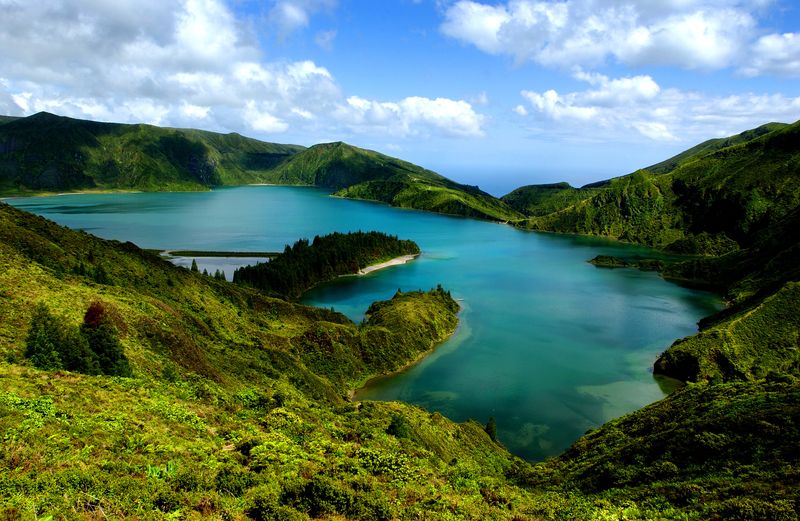 So, what are you missing in the Azores?

About midway between the east coast New England and mainland Portugal are the Azores, a collection of nine islands scattered over several hundred nautical miles of Atlantic Ocean. The closest point to Europe from the United States, the Azores were once a stopping-off point for ocean voyagers traveling between the two continents.  Today, the Azores are an autonomous region of Portugal, even though they are more than 800 miles west of Portugal’s mainland. A direct flight from Boston to the Azores takes less time that it would be it fly to Las Vegas or Aruba.

The Azores lie at the very spot where the tectonic plates for Europe, Africa and North America meet. The nine islands of the archipelago are divided into three groups:

Because these once uninhabited, remote islands were settled sporadically over a span of two centuries, their culture, dialect, cuisine and traditions vary considerably from island to island. Farming and fishing remain key industries. These traditional trades give the Azores a real, historic and rural European feel that is becoming harder to find these days.

And for 2 to 10 days, the visitor finds plenty to see and do here, with upscale lodging and restaurants integrating with both tiny, rural towns and the sometimes wild and lush landscapes and dramatic seascapes that define the Azores.

Although the Azoreans speak Portuguese, travelers can always find someone who speaks English and the locals are happy to have you there.

The Azores have earned accolades in recent years:

São Miguel is considered the capital of the Azores and is the biggest, most diverse and most populated island among the nine. It’s known for its volcano-created lakes, its sulfur springs spa, its historic towns, beaches and mountains.  It’s also called the “Green Island” because of its interior, where good soil makes for productive agriculture.

All the roads leading around the island of São Miguel provide views of rolling hills, the ocean and the occasional cattle wandering in the road.

Ponta Delgada is the capital and largest city in São Miguel. Its historic sites, colorful chapels, shops, open-air markets and narrow streets make it a favorite among visitors. West of Ponta Delgada is the Sete Cidades region, where a short hike can lead to views of crater lakes and lush hillsides that sweep down to the deep, blue-green waters.

On the eastern side, the Ribeira Grande region is known for Lagoa do Fogo or “Lake of Fire,” a deep caldeira with a lake at the bottom. This area is also home to two tea factories and a tea plantation—the only plantation that remains in Europe. Visitors can walk the fields, tour the tea factories and then have a cup in a stonewalled tearoom at the Gorreanna tea planation.

Terceira means "the third," earning its name because it was the third discovery among the nine Azorean islands. The island has a wild interior, coastal tidal pools great for swimming, and excellent wineries. It’s also known for its beef stews, seafood and bread.

Terceira's strategic location in the Atlantic made its harbor extremely important. The main city, Angra do Heroísmo, once prospered with international commerce. Both the city and the entire island are recognized as a World Heritage Site.  The city features a mix of the cosmopolitan and the traditional, with plenty of well-preserved streets and monuments.

Terceira’s coast is dotted with quaint fishing villages, beaches and lava rocks. To the North is both a rocky coast and a mix of forests and vineyards. To the South are cattle grazing lands and the coastal area surrounding Angra. The wide bay and beach at the pretty town of Praia da Vitoria is well worth a visit, as is the lake at Caldeira de Guilherme Moniz, which is the biggest body of water in the Azores next to the ocean.

Away from the coast, Terceira is a wild and hilly landscape perfect for walking or hiking. Much of the interior of the island is a nature reserve. From the heights of the Serra do Cume, a visitor can look down on a patchwork of small farms, stonewalls and grazing cattle. 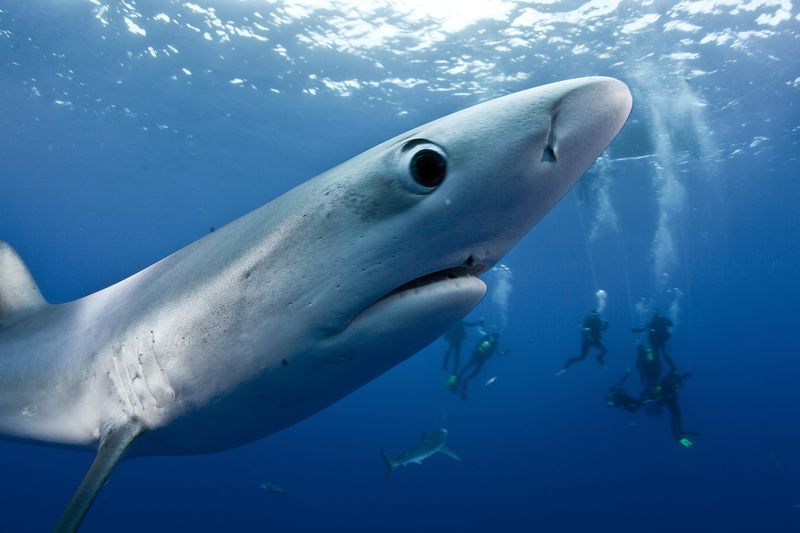 The Azores are also home to Portugal’s tallest mountain peak, the only tea plantations in Europe, dozens of crater lakes, miles of rocky coastlines, 3 DOC wine regions and some 6,000 pineapple plantations.

The islands were created by volcanic activity millions of years ago, giving them a landscape that is varied: Rocky cliffs, crater lakes, geysers, waterfalls and lava caves are all remnants of Mother Nature’s touch, and all make for excellent hiking opportunities.

In the harbor towns, visitors can watch the day’s catch hauled in from small fishing boats, count the yachts that have sailed into port for the evening and stay in the manor homes and inns that may have once been the luxurious residences of wealthy sea-faring traders. The cities tell stories about the Azores’ prosperous history during the time of Portugal’s maritime exploration.  Churches and town halls are built in varied styles including Gothic, Baroque, and Manueline architecture, evoking an old-world charm wrought in basalt.

Visitors have the opportunity to learn about the 19thcentury history of whaling in the Azores, when expeditions from the Americas would stop to recruit crewmembers and teach the locals the art of scrimshaw and whalebone carving. While whaling is no longer an industry, whale-watching opportunities are abundant.  An adventurous visitor can see these marine giants up close and personal with the help of trained guides piloting fast, inflatable boats.

The Azores offer visitors a number of innovative lodging options too, with the option to choose from a number of inns and hotels that were once the palaces, manor homes and monasteries that made up the rich history of the region.

The Azores are also the perfect spot for the adventurer in you. Water sports, yachting, fishing and whale watching are widely available. Equally popular are horseback riding, cycling and hiking. 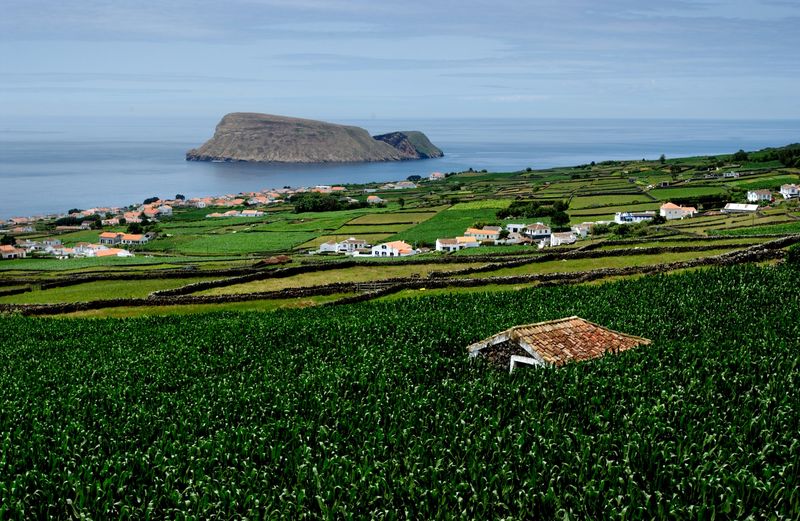 FACTS TO KNOW FOR WHEN YOU GO…

Azores Airlines has connected New England with the Azores and mainland Portugal for more than 30 years. The carrier is part of the SATA Group, which connects the Azores, an autonomous region of Portugal, with the world. SATA, founded in 1946, offers connecting service to all nine islands in the Azores.

The airline operates a fleet of the new Airbus A332neos on Trans-Atlantic routes.

For more information and reservations, contact a travel agent, Azores Express at 800-762-9995, or visit its Website at AzoresAirlines.pt

Direct flights to the Azores from Boston, Oakland and Providence are available only through Azores Airlines.

With the new Azores Airlines stopover, you get more halfway there– 2 destinations for the price of one

Regular ferry service runs between São Miguel and most other islands, as well as between the islands of Faial, Pico and São Jorge, and between Terceira and Graciosa.

The Azores have an Atlantic climate – mild, but open to sudden changes. Plan to bring lightweight clothing with one or two sweaters for cool evenings. Raincoats are a good idea from October to April, when rainfall is more frequent.