Discovering "A Raia" - frontier lands between Portugal and Spain

The frontier lands between Portugal and Spain constitute some of the oldest international borderlands in Europe. Called "A Raia" in Portuguese (the stripe), the border has remained mostly unchanged since 1297 and the Treaty of Alcanizes. The border runs for 754 miles, one of the longest uninterrupted borders in the European Union.

And, while many visitors explore Portugal’s long Atlantic coast, these towns and villages tell a fascinating tale of commerce, history and survival. Allow us to take you on a trip to visit a handful of the frontier towns to see mighty walls, ancient markets, hallowed churches and a glimpse into the soul of Portugal.

Portugal’s history officially starts in 1143 as an independent nation. The Treaty of Zamora on October 5, 1143 recognized Portuguese independence from the Kingdom of León (Spain would not emerge for another 350 years.)

The point where Portugal and Spain meet on the Atlantic in the north is Caminha – and it remains a wonderful ambassador. A thriving market town, Caminha is still wrapped in ancient walls. Guarding the mouth of the River Minho, Caminha is surrounded by river islands, sandy beaches, and is in the Vinho Verde wine region. Despite its walls, the town has a romantic feel, full of flowers and vistas. Today, Caminha has an abundance of cafés and eateries serving fresh seafood, as well as a host of new hotels set in its historic center. Remnants of medieval walls sprinkled throughout the town date from the 12th to the 17th centuries. 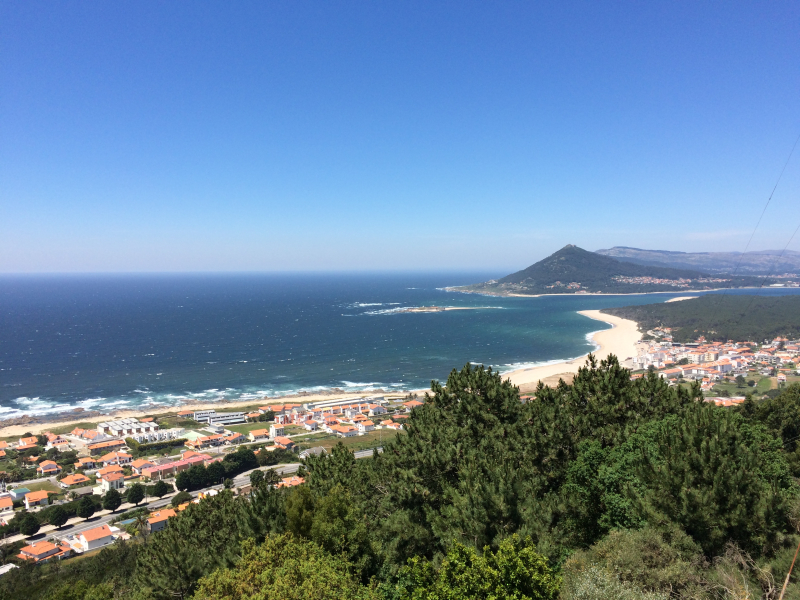 This town, set near the Eastern frontier in the Center of Portugal region, is one of the most impressive military monuments in Europe. Like Caminha, its coat of arms features a castle – but Almeida is unlike any other castle in Portugal. Set not far from the Spanish border, Almeida is a masterpiece of design. Built to defend Almeida, the walls look like a star from above. Almeida’s fortress was completed in 1641 with a 12-pointed star shaped design. David Álvares, architect, designed the defenses. The fortress perimeter still includes a moat and massive gates built off a narrow bridge. The walls are intact, well preserved and easy to explore and admire. Inside the walls, several hotels offer guests views of the walls and surrounding hills. Outdoor cafes fill plazas, and the town’s well-preserved center has shops and places to dine.

"Elvas, with Badajoz in view," is an old saying about this Alentejo border city. Elvas once guarded the road to Lisbon and was heavily refortified between the 17th to the 19th centuries to offer the largest bulwarked dry ditch system in the world. Within Elvas’ massive walls, are a host of barracks and other military buildings as well as churches and monasteries. The city had always been walled, but the War of Restoration brought new forts and walls planned by the Dutch Jesuit Cosmander – so Elvas has the best surviving example of the Dutch school of fortifications on earth. The site also offers the Amoreira aqueduct, built to withstand lengthy sieges.

Today, Elvas boasts some 12 small forts. The walls’ dry moat defensive system is considered a masterpiece that World Heritage described as “an outstanding demonstration of Portugal’s desire for land and autonomy, and the universal aspirations of European nation States in the 16th-17th centuries.” The historic city has lots of great places to stay. The main plazas offer shops and places to eat, as well a few miles of walls to climb and explore. 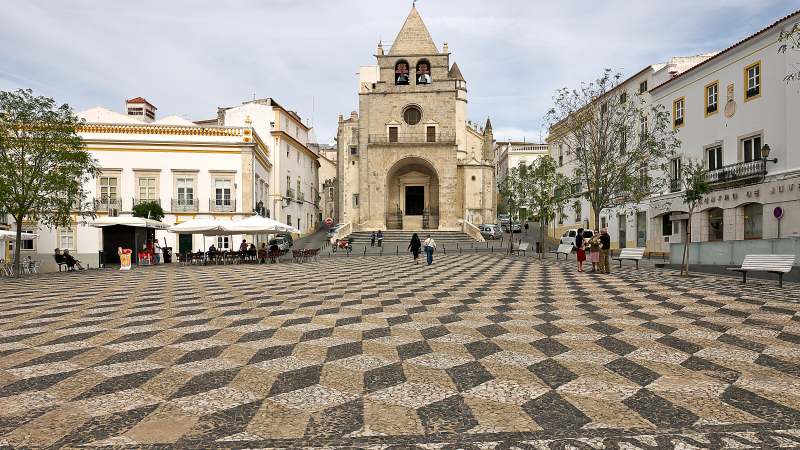 Barrancos is a Portuguese village in the southern Alentejo region and is home to about 1,800 people. Set more than 20 miles from any other town, Barrancos is unique. It is surrounded by Spain on three sides. It has no fortifications that remain, as this was a market town.

Barrancos has been held by the Romans, Visigoths and Moors – and it became part of Portugal in 1167. Barrancos was refortified in 1200, and was then part of the county seat of Noudar.  The town flourished as a market town - and since the opening of boarders between Portugal and Spain, has become a mini-United Nations. Its busy main street is flanked with shops and cafes. The folks in these parts speak both Portuguese and Spanish to each other -everyone gets along and understands each other. The local cured ham of Barrancos has its own denomination of origin (PDO), and it stands out. In fact, many eateries will offer a plate of the region’s famous cured ham, or presunto, with a jar of red wine. Also you can sample the açorda (bread stew) in the tradition of Barrancos. Or try the Barrancos migas (roasted bread crumbs) made with rich local wheat bread. 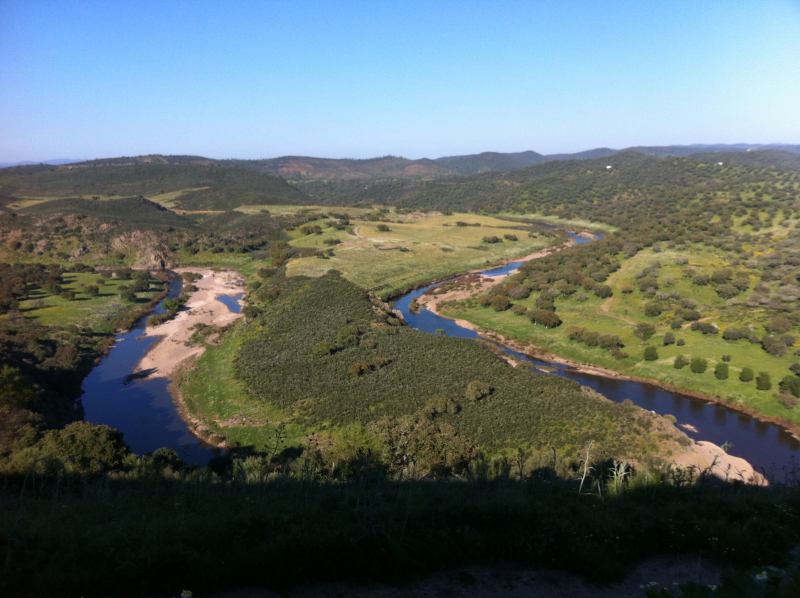 While some bypass the city of Vila Real de Santo António in the Algarve, they are missing a real treat. Look at it as little Lisbon - here's why...  Set between Spain, Castro Marim, Tavira and the Atlantic Ocean, this is a new town in the timeline of Portuguese history.

The mouth of the Guadiana River divides the Portuguese Algarve from Spain, and for many years the only Portuguese town that protected the territory in that area was Castro Marim. Fishing became a big issue by the 18th century - leading the crown to take action. A Royal Charter was signed on December 30, 1773, which called for the creation of a new city right in plain view of Spain - and Vila Real de Santo António was born.

Vila Real would rise where there used to be a small fishing village called Santo António da Arenilha. Sebastian José de Carvalho e Melo, better known as Marquês de Pombal -prime minister to King Dom José I, was the man responsible for the creation of the plan. The building of Vila Real was quite fast; In March of 1774 they laid the first stone and by August of the same year the  Customs House was finished, and the construction of the church had begun. The buildings were built in the same way as the downtown of Lisbon would be, with prefabricated parts that were later set in place, making the construction more uniform and faster. The works were completed by May 13, 1776. The city was developed in a perfect urban grid, centered on the Marquês de Pombal Square. It was a shining gem on the banks of the Guadiana River.

And it had a large fishing fleet. They caught sardines and tuna and soon it became a cannery center. The place blossomed, and this was the first city in the Algarve to have gas lighting in Portugal in 1886. 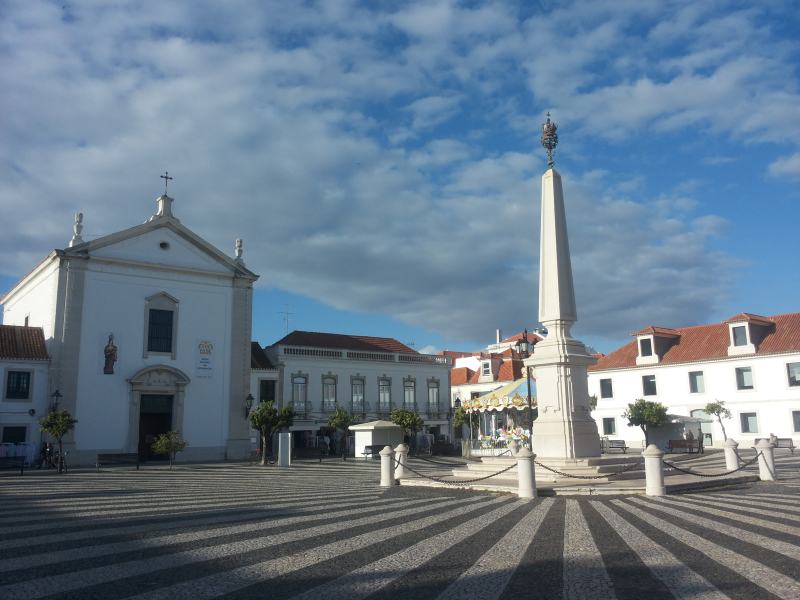