Home Archives Subscribe Meet the team
Do I need to rent a car in Portugal?
The Healing Benefits of Travel

TAP ROLLS OUT ITS NEW FLEET TO THE USA 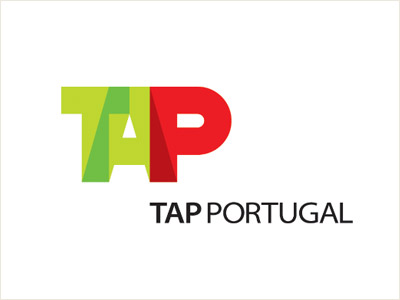 TAP will inaugurate its new routes from Chicago O’Hare and San Francisco International with the A330neo on June 1 and June 10, respectively.   The first A330neo will operate from TAP’s third new route, Washington-Dulles, from July 7.

As the launch airline for the new aircraft, TAP is the first carrier to benefit from the aircraft’s unbeatable operating economics, increased range, and Airbus’ new Airspace cabin offering passengers the best-in-class comfort. The Portuguese carrier will operate 22 new Airbus A330-900neos by the end of this year.

TAP Air Portugal’s first A330-900 features 298 seats in a comfortable three-class lay-out with 34 full-flat business class, 96 economy plus and 168 economy class seats. The Airspace by Airbus cabin offers more personal space, larger overhead storage bins, advanced cabin lighting and the latest generation in-flight entertainment system and connectivity, such as Wi-Fi. The aircraft will be deployed on routes from Portugal to the Americas and Africa.

“We are delighted to have the first Airbus A330-900s in our expanding fleet. The unbeatable economics and efficiency will power our business forward. The new Airbus A330-900neo consumes about 20% less fuel than our current fleet. By the end of the year, 37% of our medium haul fleet will have these new generation aircraft, and in the long haul fleet more than 70% of the block hours will be assured by these new aircraft,” said Antonoaldo Neves, TAP Air Portugal´s CEO.

“The A330neo will give us a lot of operational flexibility thanks to its commonality with the other Airbus aircraft in our fleet. This aircraft will be the first equipped with the new Airspace cabin, which is a new concept shaped to meet TAP’s ambition to offer the best product in the industry to our passengers,“ he added.

The A330neo is a true new generation aircraft building on the A330’s success and leveraging on A350 XWB technology. It incorporates the highly efficient new generation Rolls-Royce Trent 7000 engines, and a new higher span 3D optimised wing with new sharklets fully optimized for the best aerodynamic performance. Together these advances bring a significant reduction in fuel consumption of 25 per cent compared with older generation competitor aircraft of a similar size. Moreover, new composite nacelles, a fully-faired titanium pylon and zero-splice air inlet technology provide the A330-900 with state-of-the-art aerodynamics and acoustics.

Airbus and TAP already have a long relationship, dating back to 1987, when TAP commissioned three Airbus A310 aircraft.