10 things to do in Lisbon that are not guidebook clichés

Castles, yellow trolley cars, pasteis de nata, colorful streets and river views – no doubt these things are part of a true Lisbon experience, but they are also a bit overdone. Guidebooks can be helpful when you’re exploring a new city, but they all seem to focus on the same old attractions, suggesting the same – maybe overpriced – restaurants, and lead you to places packed with tourists chasing that Instrgram-worthy shot.

Go for the authentic experience and take your trip off the beaten track with our suggestion of 10 alternative things to do in Lisbon.

Do you know what’s better than walking up a hill to visit a full Castelo de São Jorge? Sitting down for a drink and marveling at the Castle from one of Lisbon’s most beautiful terraces (miradouro). Named after the Portuguese 20th century poet, Miradouro Sophia de Mello Breyner is located in the heart of in the old Graça neighborhood and has stunning views of Lisbon and the Castle Hill. 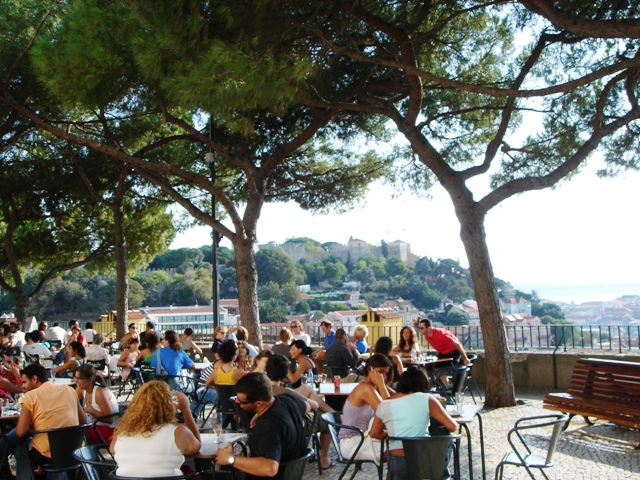 Set in the riverside district of Belém, the 16th century monastery attracts huge crowds due to its intricate ornaments and imposing size. But instead of waiting in line to enter Mosteiro dos Jerónimos, visit the Church Igreja de São Roque in Lisbon’s Bairro Alto, one that survived the 1755 earthquake. Be sure to look up once you’re in there, and be amazed by the Mannerist painting covering the whole ceiling. Few people know about chapel of St. John the Baptist, featuring rare lapis lazuli columns, which makes it a true hidden gem.

3. Dine at Arroios Market, because the TimeOut Market will probably be too full anyway

The Lisbon TimeOut Market is a guidebook champion – a well-deserved reputation due to the high-quality food offering and historic significance of its location. However, this food court is packed more often than not and there are less-known markets worth exploring. Completely renovated in 2017, the Arroios Market is the local’s new favorite hip food court. Open every morning selling fresh produce, the market is surrounded by restaurants and bars, including the Middle Eastern hit “Mezze,” managed by Syrian refugees.

4. Take a Cacilheiro to the south bank instead of trolley 28

Yellow trolley cars are a Lisbon trademark, and although taking the 28 seems like an authentic and original way the get around the city, you may have to stand up due to crowds. A good alternative is the boat going to the South Bank, used daily by local commuters to cross the Tejo River. Enjoy the rare view of Lisbon from the river and when the Cacilheiro stops, have delicious fresh fish for lunch around Porto Brandao. 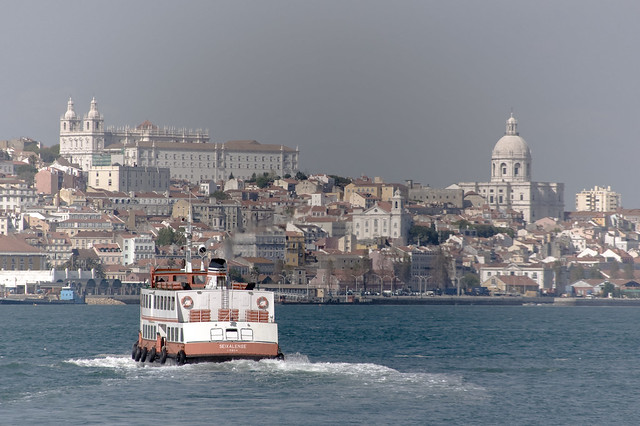 5. Forget about Alfama. Mouraria is the new cool

Alfama is known as Lisbon’s most authentic neighborhood, home to many Fado houses, narrow streets, colorful facades and old ladies catching up on the latest gossip out the window. However, the rise in guidebook popularity and a little thing called gentrification, have depleted Alfama of its soul. Mouraria, or Moorish Quarter, is a hip alternative that preserves the same soulful and historic experience. Born as a Moorish ghetto when Lisbon was liberated in 1147, this is one of the city’s most culturally diverse districts, where locals and immigrants mix to create a vibrant neighborhood rich in places to eat and hang out. It is also, one of the birthplaces of the Fado. But hurry, because people are getting onto this secret too.

6. Have afternoon tea with the locals at Versailles rather than coffee at A Brasileira

Famed for being an artists and intellectuals hub back in the day, the once prestigious café A Brasileira has become a Lisbon cliché. Upon coming here you will likely be charged a bit more for a coffee and encounter many people taking pictures next to the statue of the former habitué and poet Fernando Pessoa, which sits on the terrace. If you’re looking for an authentic experience in a vintage Lisbon café, Versailles is the place to go. As lovely as the name implies, too. Located in a residential part of town, this place evokes the same kind of old-world charm but without the crowds. And it has great traditional pastries too.

Palacio da Ajuda was built in the late 18th century to replace the royal residence that had been destroyed in the 1755 earthquake. This neoclassical building was home to many Portuguese Kings and Queens until the monarchy collapsed in 1910, and is characterized by the extravagant and luxurious decoration ordered by Queen Maria Pia of Savoy. Located just 30 minutes from downtown Lisbon by car or public transport, the Palace is a good alternative to the romanticist castle Palacio da Pena, standing in the Sintra Mountains, which often takes up a full day due to the distance from the city center and abundance of visitors. 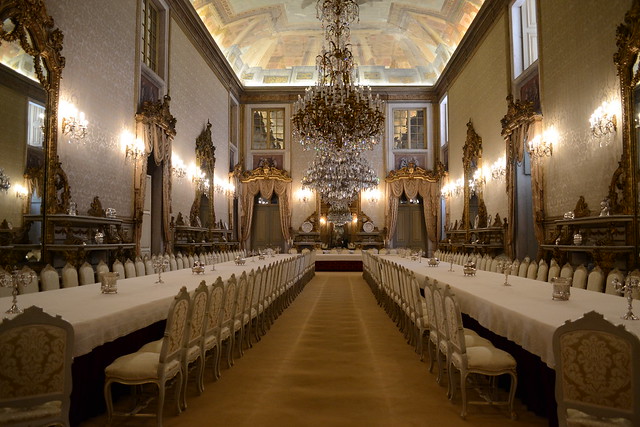 8. Skip the queue for Pastéis de Belém and try queijadas

The Pastel de Belém is inseparably linked to anything that is published about Lisbon and can only be found in one place, leading to long lines of tourists waiting to taste this pastry made by the monks of Belém. These are not to be mistaken for Pastel de Nata (Portuguese custard tart), which is as iconic. This being said, you might want to try queijada, a lesser known alternative that can be found in any pastry shop in Lisbon, and won’t make you stand in line for hours. These sweet treats are small tarts made from cheese, eggs, milk and sugar, that can have slight taste variations like carrot, cottage cheese, coconut, among others.

9. Go to Panoramico de Monsanto for the best 360º view of the city

Once a luxury restaurant thriving in the 1960s and 1970s, this site has been abandoned since the early 2000s. Despite the bad condition of the building, with no remaining windows and graffiti-covered walls, this is deemed by many as “the best view of Lisbon”. Set in the Monsanto Forest Park, the largest green area in Lisbon, this (not-so-secret) viewpoint offers a panoramic view over the city that is much broader, and probably less touristy than the over publicized Arch in Rua Augusta. And, it is free!

10. Have a dinner at Tico Tico instead of Ramiro

Most guidebooks will tell you that Ramiro is the place to go when you’re looking for seafood and a real Portuguese cervejaria experience. And although this is indeed one of the locals’ favorites, in recent years it has become increasingly flocked with tourists. The hidden gem Tico Tico offers seafood and traditional Portuguese cuisine with equally high quality, while remaining exclusively sought out by residents of the Alvalade neighborhood. Bonus "local experience" points if a soccer game is on.