The newly opened Vila Galé Collection Elvas - Historic Hotel, Conference & Spa, in Elvas Portugal is the rehabilitation of the former São Paulo Convent, and is the first hotel to open in Portugal under the Revive program. 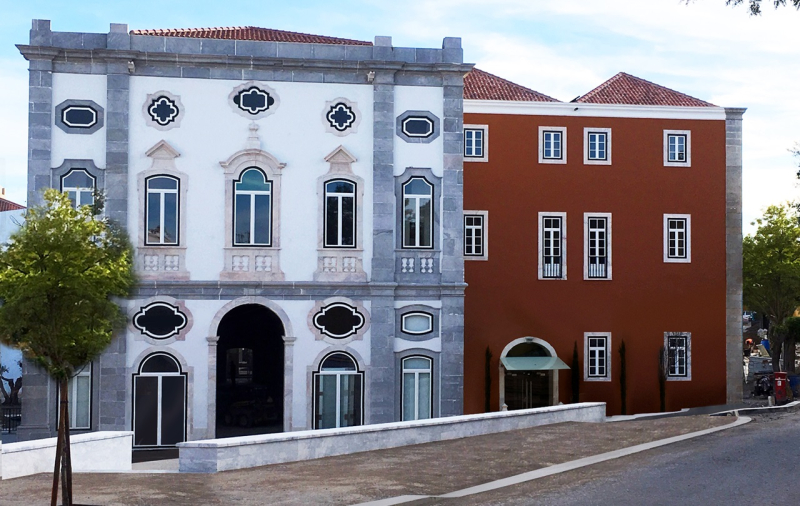 After a nine million Euros investment, the hotel features 79 rooms, two restaurants, a bar, an outdoor pool, a Satsanga spa with massage rooms, Jacuzzi, steam bath, sauna and indoor pool, as well as two meeting rooms, a function room and a cloister.

The Vila Galé Collection Elvas - Historic Hotel, Conference & Spaopens following the conservation of the historic São Paulo Convent. As an example of eighteenth-century architecture, this property of the Order of Saint Paul started construction in 1679 and was completed in 1721. With the end of religious orders in Portugal in the 1830s, it became a military court, barracks and a detention house. Since 2004, it has been unoccupied and was in poor condition.

Set right in the historic centre the Alentejo city of Elvas, inside the walls this four-star hotel is themed after the Portuguese military fortifications around the world. This is a tribute to Elvas’ history, which is the largest ground bastion fort in the world. The decoration of the rooms and common areas features images and objects inspired by this fort.

At the same time, the new hotel has established partnerships with local non-profits to exhibit part of their collection, in order to promote the region. For instance, the Museum of Contemporary Art - António Cachola Collection lent sculptures and paintings, including works by the Portuguese artists Vhils, Pedro Calapez, Pedro Proença and Sofia Areal. A telegraph from the Military Museum is also exhibited therein, as well as statues and crosses from the Christ Museum of Sousel.

As a military border-city, UNESCO classified the historical centre of Elvas and its walls as World Heritage in 2012.

“For some years now, we have dedicated ourselves to rehabilitating historic properties that were degraded, giving them a new use and a new life. With that, we wish to contribute to maintaining our history and valuing our heritage, because the future of tourism and of the country depend on it, on what differentiates us. After the Vila Galé Collection Palácio dos Arcos unit or, more recently, the Vila Galé Collection Braga, we have now reached Elvas, where we recovered the ancient São Paulo Convent. It is the first project to be opened under Revive, a program we have joined from the very beginning particularly because of its heritage rehabilitation aspect”, explains Jorge Rebelo de Almeida, CEO of the Vila Galé group.

“With this new hotel, we also intend to help reinvigorate Elvas, a city that has enormous potential because of its history. On the other hand, this is another step in our ambition to boost the country’s inland, creating new tourist attraction poles and destinations”, he stressed.

The Vila Galé Collection Elvas - Historic Hotel, Conference & Spais the 34th hotel of the Vila Galé Group, which now has 25 units in Portugal and nine in Brazil.

Under the Revive program, the group is also developing Vila Galé Collection Alter Real, in the Alter do Chão Horse Farm, which was scheduled to open in 2020.