Revisiting the Moorish Legacy of Portugal

The Romans came to what would be Portugal in 219 BCE, chasing the Carthaginians – and slowly conquered the locals and Romanized them. Over the next four centuries they imposed their language, religion, building styles - and to this day, their impact is seen all over the country. Portuguese is based on Latin, the very name of Portugal comes from Latin, as does the term Lusitanian.

By the end of the 4th century, Germanic tribes would end Roman rule. Then in 711 Moorish forces from North Africa arrived on the Peninsula, and quickly conquered 2/3s of it. The Moors would rule parts of Portugal until 1249, leaving an impression on the culture, language and food. But there is a difference in how that period of centuries is viewed. It is often called the “Moorish Domination.” And it is was out of this period that not only was Portugal born as a nation, but it also began the Reconquista movement, taking back Roman lands from the Moors. 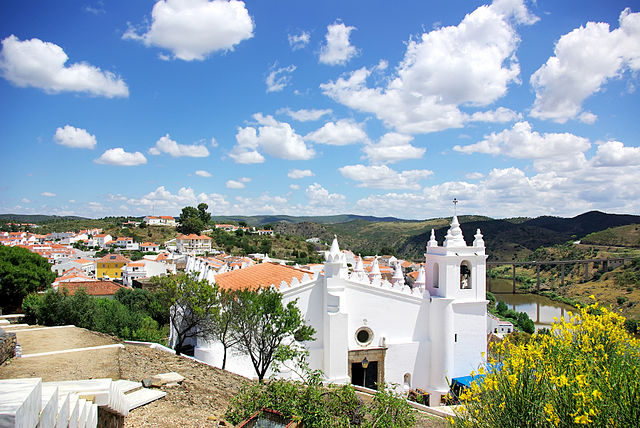 Roman styles and culture would manifest themselves throughout the centuries, but the Reconquista of the south of Portugal, and the brutal warfare that it entailed, would define the nation. Portugal’s first king would ascend to the throne after a legendary victory over five Moorish kings at Ourique in 1139. The five shields of Portugal may symbolize this. The fall of the last seven stronghold of the Moors in 1249 added the seven castles to the coat of arms.

The fierce tactics forged by the Portuguese warrior class, and the zeal to carry on the Reconquista would be one of the sparks of the Age of Exploration.

So where can we find the traces of Moorish Portugal? Well, the first place is the language – many Arabic words remain in Portuguese. Words as simple as Bairro (neighborhood), cabide (hanger), sofá (sofa), marfim (ivory) and almofada (pillow). Oxalá - comes from insha’Allah, and means “God willing.”

And then there are names of places, from Algarve and Alfama, to most towns south of the Tejo. The there are the remains of buildings: There are ruined castles in Padern and Sintra, and the only still-standing mosque in Mértola (now a church). Lisbon’s Alfama quarter has a Moorish wall, and the Almedina arch in Coimbra is clearly Moorish. Of course there are other hints, too. Throughout the south, minaret-shaped chimneys are common on houses. And, the cataplana, a clam shell shaped pressure cooker made of copper, serves up seafood in the Algarve, is not unlike a Moroccan tagine. The Moors gave Portugal lemons, cilantro, and raisins. In fact there is a cilantro line in Portugal, the herb is used mostly South of the Tejo.

The legacy of 500 years of Moorish history was revisited in the late 19th century, with trendy Moorish revival styles: Campo Pequeno bullring in Lisbon, Porto’s stock market, and Sintra’s Pena Palace. But, under the Estado Novo dictatorship the period was recast as the “Moorish Domination,” and the unlike the Romans, the Moors became conquerors, and that propaganda framed the modern Portuguese mindset. But, today’s Portugal, where the Islamic community has grown, has revisited its Moorish past. In 2012 an new Islamic Museum open in Tavira, built around the remains of an Islamic-era structure, with impressive Islamic pieces discovered in excavations around the town enter.