Home Archives Subscribe Meet the team
New hotel opens in Historic Elvas, Portugal
10 things to do in Lisbon that are not guidebook clichés

Madeira, Portugal -- The new Savoy Palace, the only Leading Hotels of the World affiliate on the Portuguese archipelago of Madeira, opened July 1, 2019  in the city of Funchal.

Set on the Atlantic, the  5-star Savoy Palace was built on the site of the former Savoy Hotel. The five-star hotel offers luxury with 352 ocean-facing rooms and suites, a rooftop lounge with panoramic views, terraced gardens, meeting spaces, multiple pools, an array of restaurants and bars, as well as a ‘boutique-hotel-within-a-hotel’ offering exclusive penthouse accommodations. 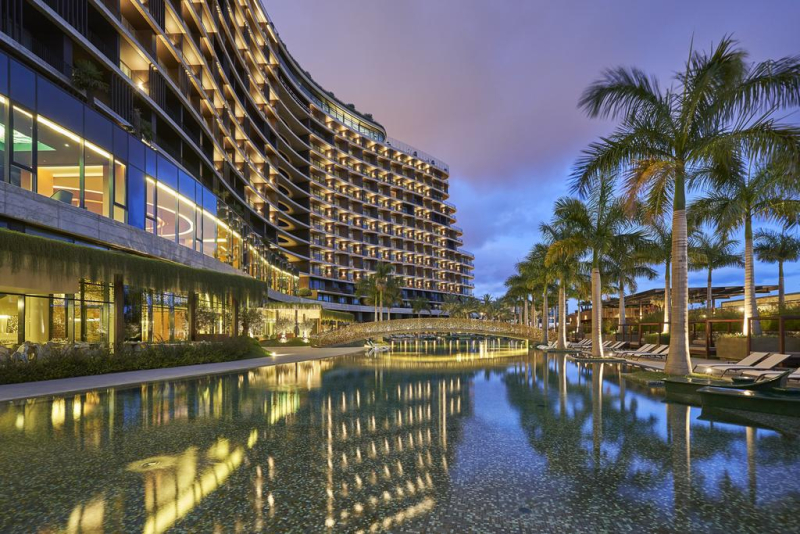 Designed by Saraiva + Associados in collaboration with Nini Andrade Silva, one of Madeira’s renowned interior designers, the hotel’s was inspired by the island's landscapes and culture.

Madeira Island, also known as “The Garden Island of The Atlantic” was recognized for the fifth consecutive year as Europe's 'Leading Island Destination' at the World Travel Awards 2018.  Famed for its wine and lush exotic landscapes, the Portuguese outpost has as of late, garnered a reputation for being a hot destination for adventure travel with hiking, canyoning and paragliding, to the destination’s famous street tobogganing. The Atlantic archipelago also offers a yearly calendar rich in festivities, such as The Carnaval, the Flower Festival, and the Madeira Wine Festival as well as the world-famous Madeira New Year's Eve fireworks display, which holds a Guinness World Record.

Savoy Palace is conveniently located 20-minutes from the Madeira Airport. Rates start at $225 USD based on double occupancy.