The Tale of the Portuguese Civil War

This is the tale of Civil War. A bloody conflict of brother against brother, one that was brewing for years, and was fought over basic human rights and freedoms. This is the tale of Portugal’s Civil War – and its legacy that persists today. From 1828 to 1834 two brothers faced off in war to decide the future of their shared nation. 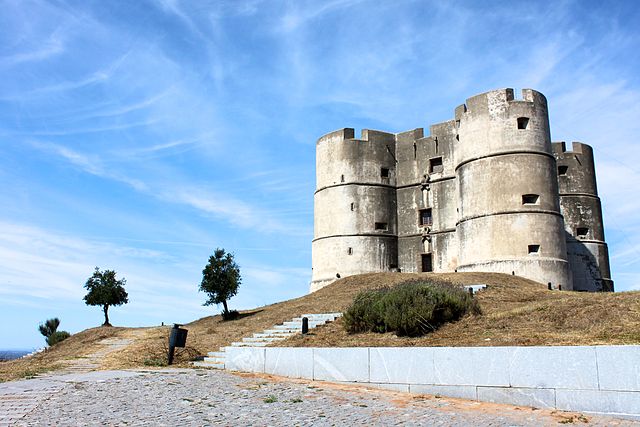 But wars don’t happen without context, and the 19th century was far from kind to Portugal. To fathom that Civil War, we need to go back to 1807 to the Napoleonic Wars. With French armies marching on Lisbon, the king and his court fled to Brazil. And then they stayed there – after the defeat of the French, after the Congress of Vienna. As an absolute ruler, King D. João VI was able to do what he wanted, thus Portugal became an effective colony of Brazil, and suffered not only the legacy of the war against the French, but also a military occupation by the British. Only a Liberal Revolution in 1820 would force the king to return in 1821 to push for peace. The king signed away much of his powers to the Constitution of 1822.

But even more devastating was that his son D. Pedro, who had not followed his father back to Portugal, declared Brazil independent in 1822, and himself emperor. Within four years, the king was dead. His successor? Brazilian Emperor, D. Pedro.

Pedro did not want the throne, and abdicated it to his pre-teen daughter, D. Maria. To protect her as regent, Pedro tapped his brother, D. Miguel. His younger brother had been in exile following a failed revolt against the new Liberal constitution. Miguel now became regent - in January 1828. But by March he acted to end local authority, Liberals revolted, and that led to a bloody flight. By July, only the Island of Terceira would reject Miguel’s rule, and he would be named absolute king of Portugal. The Constitution of 1822 was revoked. Only the Pope, Spain and United States would recognize his claim to the throne.

But, the Liberals were not beaten, they continued to struggle, and by 1831 would liberate all of the Azores. Back in Brazil, Pedro decided to take action to defend his daughter. He put his young son, Pedro, on the throne of Brazil, and set off in 1831 to take down his brother. In 1832 he landed near Porto, and the city welcomed him with open arms. But the forces of D. Miguel put the city to siege. The Liberals opened a 2nd front by landing in the Algarve in June 1833, and by July, they had taken Lisbon.

The war shifted to the countryside and drew on. The Battle of Asseiceira in May 1834 was the final act. After two years of endless war, Miguel’s almost 20,000 strong army had no way to victory. On May 24, 1834 Miguel surrendered and renounced his claim to the throne at Evoramonte. The war was over.

A constitutional monarchy was re-established. By the fall King D. Pedro would be dead at the age of 36. Miguel went into a long exile, eventually dying in Bavaria in 1866. His remains would be returned to Portugal in 1967, and laid to rest in Lisbon’s São Vicente de Fora Convent.

The legacy of the war was immediate. The nation was bankrupt, and had suffered a long and destructive war. Brazil, and all its gold were gone. Portugal’s new political system was chaotic, and a Republican movement would rise up to challenge the Constitutional Monarchy. By 1910 the last king of the 700-year of monarchy would be uncrowned, and the even more chaotic first Republic would begin. Political unrest, World War I and economic decline would lay the groundwork for a 1926 coup that would end the Republic, and a fascist state would take its place. Finally, in 1974 Portugal would emerge as a new republic, finally bringing the promise of liberty of the Liberal Era.

There are a few monuments to the Civil War in Portugal today. A massive obelisk to the Liberal resistance towers of the city of Angra do Heroísmo in the Azores. Another in Vila do Conde marks the landing of Liberal troops. There is a plaque to the end of the war in the castle of Evoramonte. And, of course, D. Pedro stands tall on a column over the Rossio Square the heart of Lisbon. All these celebrate the struggle of the Liberal forces against the Absolutists.

Miguel is not memorialized at all – in fact an asterisk often accompanies his role as king, and his nickname is the Usurper or the Absolutist. D. Pedro is called the Liberator. D. Pedro, on his death had his heart placed in Porto's Lapa Church and his body was laid in the Bragança crypt in Lisbon’s São Vicente. It was moved to Brazil in 1972 to mark 150 years of Brazilian independence.

Today, the Portuguese Civil War is mostly forgotten, despite its lasting impact – and huge cost. D. Miguel is not much spoken of either – not celebrated in statues, but just in a few portrait galleries. There is no nostalgia for the Absolutist cause, or reenactments of Absolutist armies who fought to keep the vote from the common person. No one flies the battle flag of D. Miguel. Portugal is secure in its Republic – and often unaware of the cost of building it.