Home Archives Subscribe Meet the team
Celebrate the Holidays on Madeira, Portugal's best winter destination
What is the best time of the year to visit Portugal? 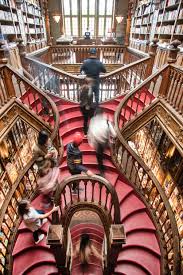 A grand show of magic and music, with the famous, award-winning Portuguese illusionist Hélder Guimarães, and the Lisbon Film Orchestra, who will perform from the original scores of the film saga.

In this show you will be able to see, on display to the public for the very first time, the original edition of the saga’s debut book ‘Harry Potter and the Philosopher’s Stone’, acquired by Livraria Lello after the launch of the take overbid from january last.

How to see to the show?

Starting on September 11, by purchasing a copy of ‘Harry Potter Magical Places’, Livraria Lello offers a ticket for the show at Coliseu Porto AGEAS. But be quick in buying the book!

Access to the show is guaranteed to the first 2700 fans who purchase a copy of‘ Harry Potter Magical Places’.

The number of available tickets is subject to the maximum capacity of the Porto AGEAS Coliseum room.

The book will be on sale at the Armazéns do Castelo of Livraria Lello (entrance by Rua das Galerias de Paris), on September 11 and 12, between 9am and 8pm.

You can also buy the book online here from 9am on September 11. The first 500 books sold give acess for the show at Coliseu Porto AGEAS.

Livraria Lello has two fantastic trips to London to offer to Harry Potter fans, including accommodation and a tour of the Warner Brothers studios.

How to win this extraordinary adventure?

There are two possibilities:

1. Spot the mistake in “Harry Potter Magical Places” book and fill in the form(available on the 11th at magicalplace.pt). You must be fast... Only the firstcorrect answer will be given the award.

2. Attend the party at the Coliseu Porto AGEAS dressed as your favourite character from the Harry Potter universe. The best costume of the night wins a trip to London, including accommodation and a tour of the Warner Brothersstudios. Stay tuned to Livraria Lello’s social networks for more details.

We'll be waiting for you!

Doors open to the public.

Beginning of the show with Hélder Guimarães and the Lisbon Film Orchestra.

Show for age 6 and older.