You need to visit the warm and sunny Portuguese island of Madeira next year, according to the editors at Rough Guides who just named their 2020-bucket list of 20 destinations to visit.

The Editors picked the 20 special spots inspired by their research and latest guidebooks. One of the top destinations is Madeira, Portugal,

The editors put it this way: “Head there in 2020 to find a wealth of outdoor activities and stylish restaurants.  The island is crisscrossed by a staggering 1,350 miles of levadas– freshwater irrigation channels built in the hillsides, lined with hiking trails. Some levadasdate back to the 16th century while others were built as late as the 1940s. The idea was borrowed from the Moors who once ruled Spain and Portugal. What they all have in common is beautiful views and exclusive access to the parts of Madeira that cars can’t reach. Stride along verdant terraces overlooking fruit plantations or hike above the clouds from Pico do Arieiro to Pico Ruivo.

Soothe your post-hike muscles in the natural saltwater rock pools at Porto Moniz. Cut off from the rest of the island for hundreds of years (the first road was laid after World War II) it has a special windswept charm.

Head to the capital, Funchal, for a dining scene that’s steadily warming up – from Michelin starred-restaurants to markets filled with organic fruit and vegetables. If you’re there in April make time for the 8th edition of the Madeira Film Festival, showcasing independent films from around the world.” 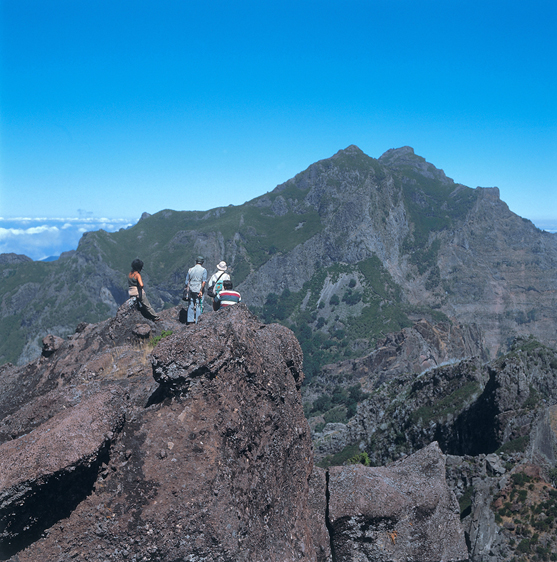 Other top destinations include Murchison Falls National Park, in Uganda; Luzon, in the Philippines; The Galapagos Islands, in Ecuador; Massachusetts, Ciudad Perdida and Tayrona National Park, in Colombia; Northern Sri Lanka, and the Northern Territory, Australia.