Home Archives Subscribe Meet the team
Next you gotta go to the Carnaval on Madeira!
Madeira one of the Rough Guides' 20 best places on the planet to travel in 2020

TAP Air Portugal is adding two new routes from North America in 2020, with nonstop service between Boston and Ponta Delgada, in the Azores, and between Montreal and Lisbon.  Both new routes will be operated with brand new Airbus A321LR aircraft and will launch by summer 2020.

TAP has been steadily increasing its operations from North America over the past several years.  TAP already announced it is adding 15 weekly flights from the USA and Canada by summer 2020.   These new routes and frequency increases means TAP expects to carry an additional 390,000 travelers between Portugal and North America next year.  Currently TAP carries almost one million passengers annually on the North American routes, up 250 percent since 2015. 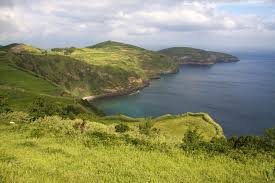 In summer 2015, TAP operated just 16 flights across the Atlantic from its two US gateways, Newark Liberty and Miami International.   By summer 2020, TAP will operate more than five times that many, with 82 weekly roundtrips from nine gateways.

From June 2020, TAP will serve the New York market with four daily roundtrips to Portugal.   The airline will add a second daily flight between New York’s John F Kennedy International, plus an extra weekly flight to its Newark-Porto service making that a daily operation, along with the daily Newark-Lisbon service.

TAP will add two weekly Miami-Lisbon flights this winter and a third next summer for a weekly total of 10 roundtrips.  The airline is also adding two weekly frequencies to Chicago-Lisbon, and Washington, DC-Lisbon, making each daily service.  TAP also serves both Boston-Lisbon and Toronto-Lisbon daily, and San Francisco-Lisbon with five flights weekly.

“This is a historic moment in TAP’s journey,” said Antonoaldo Neves, TAP Air Portugal’s CEO.   “With the inauguration of these new routes, TAP goes from just three routes in 2015 to 11 North American routes, the same number is has to Brazil. It’s another important step in the airline’s expansion and diversification.”