Spending the Holidays in Portugal: What to expect, and how to enjoy it!

The Holidays are a magical time of the year and in Portugal, the season has a special flavor. Everywhere streets are lit up, extravagant nativity scenes are recreated in some towns, and the pleasant winter temperatures allow people to enjoy time outside at Holiday fairs with attractions, or pop-up markets selling local cheeses, jams and other delicacies. 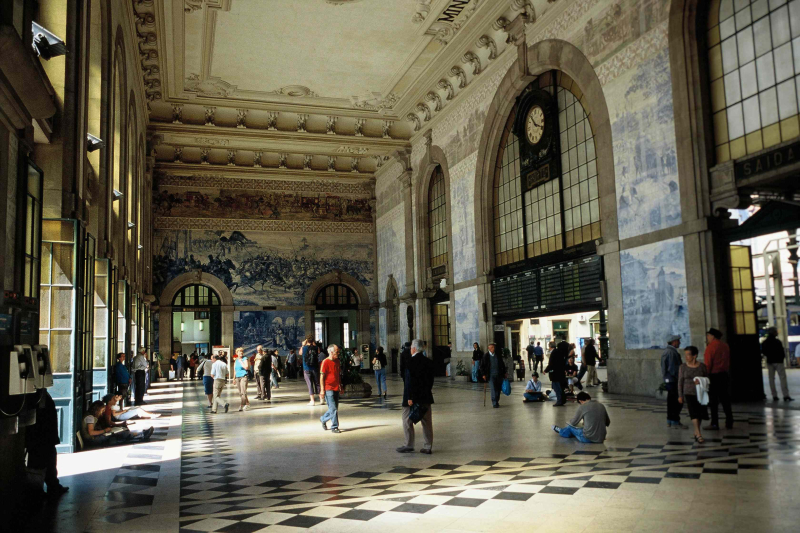 In fact, most of the Holiday season in Portugal revolves around food. Families come together and gather around tables with delicious dishes and special seasonal pastries, like the fried cinnamon dough sonhos (literally, dreams) or the squash filled pastries azevias. And, of course, the center piece of any Portuguese Holiday meal is salted cod – the only fish to be paired with red wine. And since it is the season to be jolly, the best bottles are saved for this time of year.

But there is more to know about Holiday traditions in Portugal than cuisine. Unlike in the United States where the countdown to Christmas starts right after Thanksgiving, in Portugal the season traditionally starts on December 8th, a religious holiday which celebrates the Immaculate Conception. Keep in mind that until 1974, when the Estado Novo dictatorship was abolished, Portugal was a conservative Catholic state. And although religion and politics are no longer tied together, a lot of Catholic influence remains in the country’s culture and family traditions, making Christmas the most widely celebrated Holiday.

For some people, the start of the Holidays coincides with the Advent, a period that anticipates the beginning of a new liturgic year. A candle is lit up on each of the four Sundays before Christmas Eve and this is a time for reflection, hope and joy. And when December 24th finally arrives, one of the most important moments in religious practice is the Midnight Mass, Missa do Galo, usually broadcasted on television.

This being said, it is not uncommon that for most families, Christmas Eve is as important – if not more – than Christmas day. Only the most religious people go to Midnight Mass, but supper on December 24th, the Consoada, is a big thing. From cheese and wine, to boiled cod and veggies, to French toast-like pastries rabanadas, this is an important meal. And the next day is filled with even more food. A typical Christmas lunch can range from turkey, to octopus, to lamb, and desserts are endless. Portuguese people joke that you’ll be eating Christmas leftovers until New Year’s Eve, but that is essentially true.

And the festivities don’t stop there. Although not a Holiday like in Spain, December 6thmarks the arrival of the Three Wise Men to Jerusalem and it is also celebrated by some families. This is typically when Spanish families exchange gifts, but in Portugal presents are either unwrapped on Christmas day or the night before. During the Holidays every moment is the perfect excuse for yet another gathering, and there are more dinner parties than one can count.

Also essential to this season is Bolo Rei (King’s Cake) – a round cake with nuts and crystalized fruit that is “mandatory” on all Holiday tables although only a few people actually enjoy eating it. Traditionally, each cake hides a small silver figure and a dried fava bean, and whoever gets the slice with the bean has to pay for the cake next year. As for the silver toy, it brings good luck to the person who finds it on their plate. However, due to being a safety hazard, pastry shops are no longer allowed to sell King’s Cakes that follow tradition.

As for New Year merriments, New Year’s Eve is celebrated with fireworks like in many other places around the world. In Portugal, the Madeira Island offers the best firework show and is a popular winter destination for locals and foreigners alike. Other Portuguese traditions include pairing the midnight champagne with twelve raisins and making a wish for each one. Banging pots and pans to steer away bad luck is also a common New Year’s custom, so is wearing blue underwear on New Year’s Day.

In some places, people welcome the New Year at the beach with a dive in the ocean. And a less common tradition, still kept alive in smaller cities and towns, is to go door-to-door and sing carols called Janeiras, a word that stems from January. So, as you can see, the Holidays are a month-long celebration in Portugal, where the key is great food and gathering with loved-ones.

If you’re thinking about spending the Holidays in Portugal, come on an empty stomach and be prepared for a flavorful journey and lots of sugar. Most people stay in to celebrate, but some hotels and restaurants serve fully traditional Holiday meals, and hiring a private chef to cook at home is becoming a popular trend. The only indispensable requirements for an authentic Portuguese Holiday Season are that you eat cod on Christmas and twelve raisins after midnight on New Year’s Eve.