Home Archives Subscribe Meet the team
Ready to take a Road Trip in Portugal? Here's all you need to know
So, you think you know Portugal? II!

Looking for an alternative to the Caribbean? Try Madeira

Looking for an alternative to the Caribbean? Seeking an off-season Europe that is warm and sunny?Madeira is a semi-tropical Portuguese island rising from sea level to over 6,000 feet. With a warm year-round climate, dramatic volcanic landscapes, world-class wines, incredible hiking, a wide mix of lodging and so much more - it is perfect warm weather winter/spring destination. All the wonders of Europe, the landscapes of a semi-tropical volcanic island, and as close as 9 hours. Madeira was just voted Europe's “Leading Island Destination” at the World Travel Awards for the sixth year in a row. 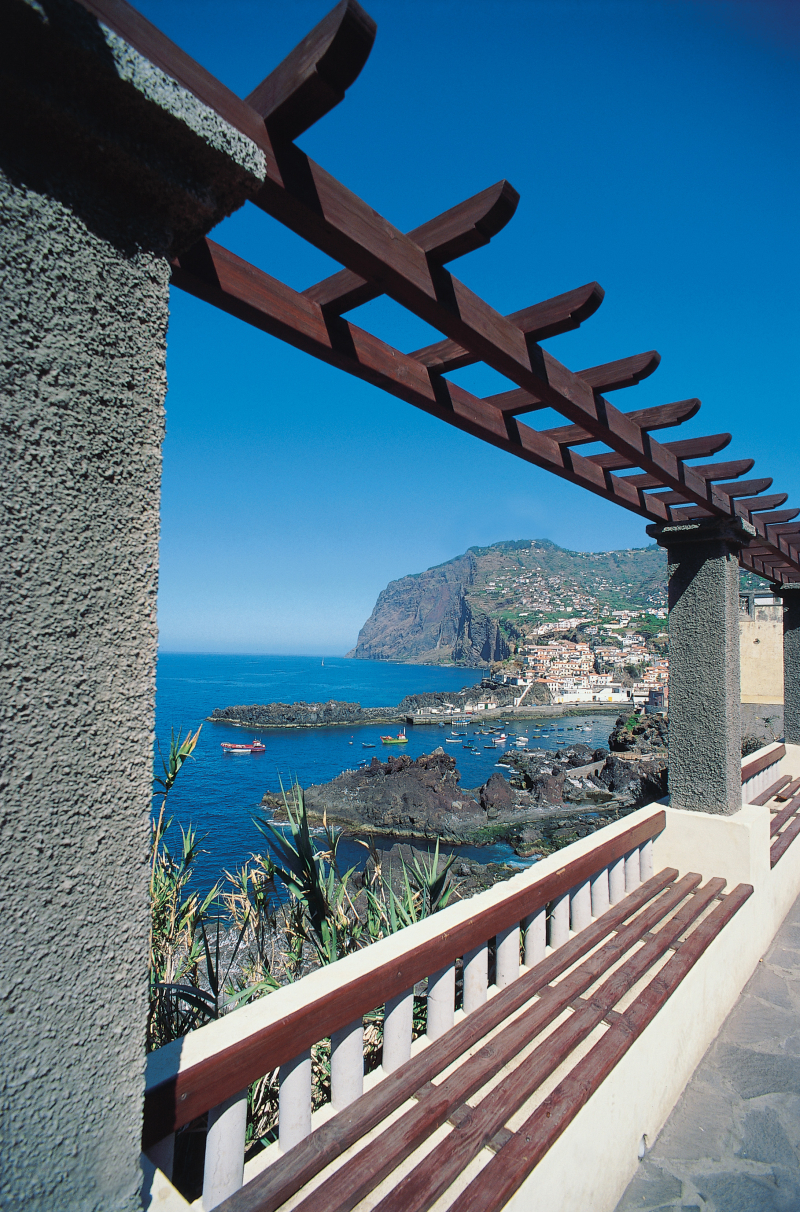 Its steep pitch gives Madeira six distinct climate zones. The ancient Laurissilva cloud forest at the highest elevations is a UNESCO World Heritage Site. In fact, 2/3rdsof Madeira is conservation land. It has mountain plains, valleys, high peaks, streams, rocky coastlines, and tidal pools. The island has a unique landscape accessed by a modern roadway system of new tunnels, and the older mountain roads they replaced that wind along the hillsides.

There’s an annual Jazz festival in July and one of the world’s biggest fireworks shows on New Year’s Eve. Madeira is 750 miles southwest of Lisbon in the Atlantic, with a nearly perfect climate—warm in winter and never too hot in summer.

Madeira is a Portuguese archipelago in the Atlantic on the 32nd parallel north. It lies southwest of Lisbon, and several hundred miles west of the coast of Morocco. It is made up of the islands of Madeira and Porto Santo, as well as the Desertas and the Selvagem Islands.

Madeira has never been easier to get to. TAP Portugal offers easy connections from Lisbon – and with non-stop service to Portugal from 9 US cities on five airlines, getting a connection is easy. TAP now has a 1 stop from Boston, DC, New York and Newark, Miami, Chicago and San Francisco. It is a 1.5-hour flight from Lisbon, Porto or the Azores and it takes about 15 minutes to fly between the two islands in the group—Madeira and Porto Santo. Madeira’s Cristiano Ronaldo International Airport and the Porto Santo Airport serve the archipelago.  The airport on Madeira is about a 30-minute drive to Funchal, the archipelago’s capital.  Madeira has also become a major stop for cruise ships.

Just opened: Caju Le Petit Hotel isbrand new 26-roomboutique in Funchal overlooking the ocean, with ultra-chic interiors and a modern style – plus a spa. Featuring a restaurant, fitness center, bar and free Wi-Fi, Caju Le Petit Hotel is set in one of the city’s main shopping streets, and maintains the historic façade to preserve the architectural style of downtown Funchal. The Turim Santa Maria Hotel is housed in a classic hotel from the 1960’s that has been redone to offer 100 rooms and sophisticated touches..Boasting a bar, shared lounge and views of the sea, TURIM Santa Maria Hotel has a mid-century feel and modern luxury.

Coming soon: Savoy Signature is planning a new hotel in Funchal, aimed at Millennials. The new NEXT hotel will be a refurbishment of the former Madeira Regency Club, with an investment of around € 30 million. With 166 guest rooms, suites and apartments, NEXT is dedicated to travelers with a younger perspective.

The new space is fully adapted to the digital generation with contemporary style and will open its doors in the first half of 2020. The NEXT hotel will offer access to the Atlantic, an indoor pool, a rooftop lounge with infinity pool, a lounge area, and a spa area with sauna, Turkish bath, ice fountain, treatment areas and 24-hour gym. Plus lots of USB ports. 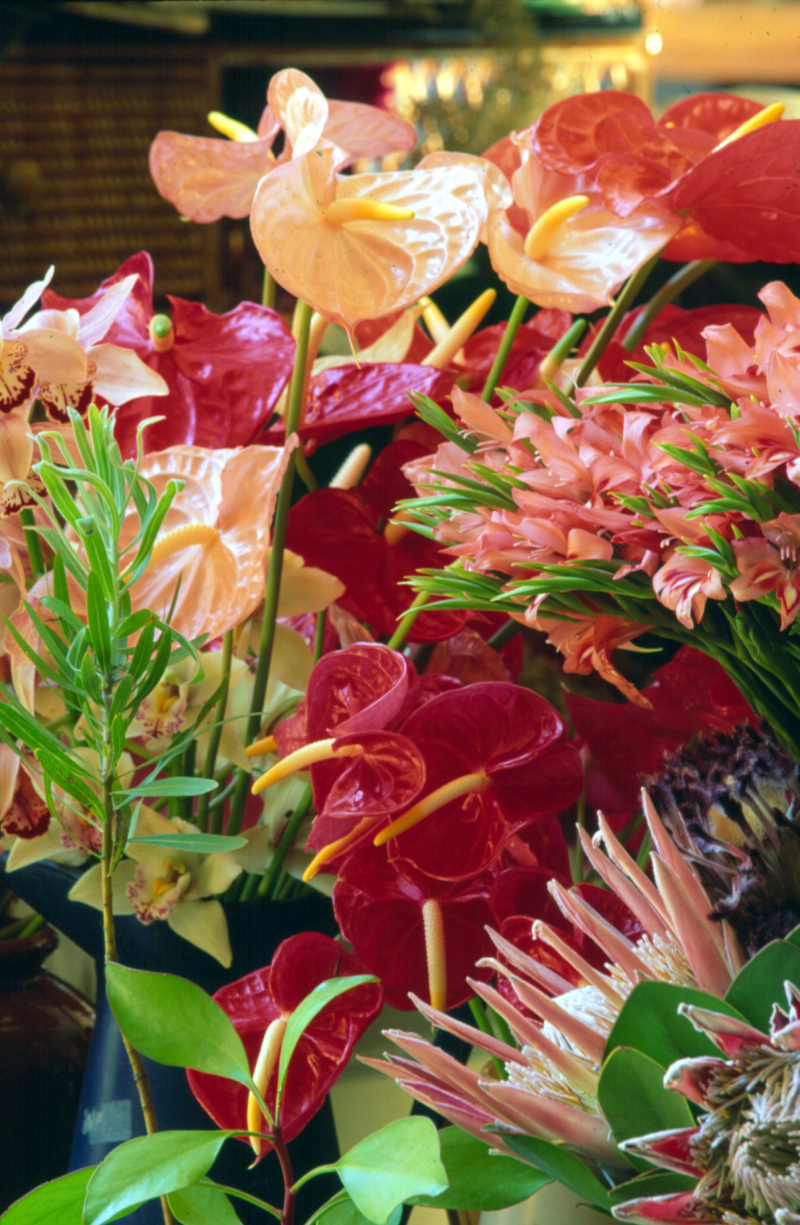 As an island, Madeira offers lots of great seafood, fish is plentiful and delicious and there are many excellent dining options. For fine dining, Galaxia on the sixteenth floor of the Savoy Palace is a great choice. This chic restaurant with, as the name suggests, a space - themed decor, has blue sparkling ceilings, elegant blue banquets and grey suede chairs. Outdoors there is a glorious, spacious terrace over two levels, with a bar and infinity pool. At night, views across the twinkling lights of Funchal are stunning. Food at Galaxia is Modern Portuguese, made mainly from local products. Menu highlights include Parrotfish tempura, black scabbard fish (a regional deep-water fish), lamb couscous, and octopus and slow cooked ribs.

In the Design Centre on the harbor, run by Nini Andrade Silva, is a scenic eatery with a three-course Madeira tasting menu with wine for 55 euros. Rei da Poncha, a quaint bar is all about poncha (local rum mixed drink with local fruit juices and honey). Sample the many types of the drink from the traditional lemon and orange or passion fruit, to a lethal one with absinthe. While touring the island, stop for lunch at Quinta do Furão, a hotel restaurant with ocean views and local cuisine.  At the Blandy’s winery discover how the fortified wine is made. The Blandy family was a founder of the wine trade that still manages their own wine company.

Madeira is famous for the wine that bears its name and, today, is produced in a number of varieties. Funchal is the center of wine production. Madeira can be a dry table wine, a sweeter dessert wine, or a classic after-dinner drink. Its production is part of the social and economic life of the island. Each September, festivals celebrate the grape harvest. Along the warm south coast, grapes are grown on tiered terraces.

From its earliest days as a producer of wine, the island built a system of water channels, called Levadas that brought water to the vineyards. Today, they also serve as a vast network of hiking paths that run past waterfalls and spectacular views.

Declared World Heritage in 1999, the Levadas lead to amazing scenery that includes valleys, mountains and ocean views. The most famous include: Caldeirão Verde, 25 Fontes, Risco, Balcões, and the one that goes to Pico do Arieiro from Pico Ruivo, the highest point on the island, which rises to 6,100 feet. The Levadas of Madeira are a hydraulic engineering marvel and recognized as a world heritage. The building of these mountain channels started in the 15thcentury and came to be a water transportation system of about 400 miles of waterways and aqueducts. The Levadas (from the Portuguese “levar” – to carry) are a system of channels mostly bordering mountains but also going through them, with several stretches over rugged rocks, to bring water from different sources to the coastal areas. Today, the ‘Levadas da Madeira’ is an exceptional multi-functional landmark, transporting water for human consumption, agricultural purposes and the production of electricity. They are also unique hiking paths for discovering the island’s unique volcanic landscape.

Madeira is one amazing place for hiking as it has 3,000 levadas, small irrigation canals that provide trekking routes through the mountains and forests of the island. Start your visit to Madeira in a guided jeep tour with Hit the Road Tours, owned by Madeira native Jeff Gouveia. The tours, geared towards small groups with a maximum of six, are exhilarating, informative and focus on going “off the beaten track.”