Home Archives Subscribe Meet the team
Looking for an alternative to the Caribbean? Try Madeira
TAP’s Economy is Named 6th Best of the World’s ‘10Best;’ Triumphs Over Other European Carriers --

So, you think you know Portugal? II!

Portugal has no entrance exam.  But it is sneaking up on 900 years of existence.  Like a good glass of wine there are many flavors, and hues Last year we offered our tongue-in-cheek Portuguese citizenship exam. It gained a few comments, and stumped a few people. As a result, here is the 2nd round of “So you think you know Portugal.” And the questions just got a tad harder.

For the record, Portugal defines itself as "a sovereign Republic, based on the dignity of the human person and the will of the people and committed to building a free, just and solitary society."

Who died crushed in a gate in Lisbon?

Name a mountain range that separates the Algarve from the Alentejo?

What part of Portugal is well known for its pigeon houses?

Where would you find the Boca do Inferno (Mouth of Hell)?

What is Portugal’s second language?

Name towns are known for their muscatel?

Who exclaimed  “They are roses, my lord!”

Where is the “Athens of Portugal?”

Name two famous Portuguese with the same name; one an advisor to a founding king, the other a trailblazing surgeon?

Toada de Portalegre by José Régio was famously recited by this actor.

Who is Lisbon named after? 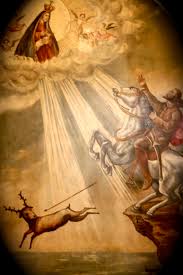 What was the Generation of 70?

Who was Maria Severa’s boyfriend?

How did Afonso da Maia start each day?

Where was the last Royal Bullfight held?

What animal did Dom Fuas almost follow off a cliff?

What is the Portuguese Route 66?

How many cathedrals does Coimbra have?

What do you call a meia de leite on Madeira?

What beer is brewed in Ponta Delgada?

What substance did Portugal sell to the Germans during the Second World War?

What Portuguese town was seized by Spain in 1801 and never returned?

What was Vasco da Gama’s title?

Where do they make the Wine of the Dead?

What cheese making town was said to be settled by the French?

Name the former Roman garrison town that once had a bishop, and was the birthplace of a king and pope, and whose population is just a few hundred today?

Name a Portuguese sandwich you could never eat with your hands?

In the poem Tabacaria, who comes out of the Tobacco shop?

Who was Prester John?

Why are crows the symbol of Lisbon?

What saint was born in a house near the Lisbon cathedral?

What is featured in the coat of arms of Moura?

What was the old man on the Restelo so upset about?

What was Vasco Santana studying to be in “Canção de Lisboa?”