TAP’s Economy is Named 6th Best of the World’s ‘10Best;’ Triumphs Over Other European Carriers --

TAP Air Portugal has been named as having the best Economy Class in Europe -- and the sixth best in the world -- by the readers of USA Today, as voted in the 2020 10Best awards.  The 10 winning airlines in 10Best’s “Best Economy Class” category are: 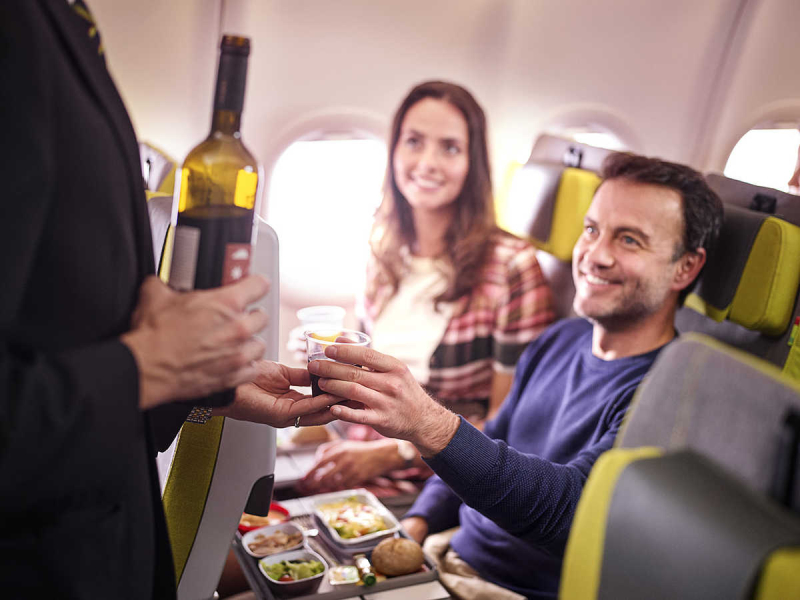 The award nominations were by USA Today’s 10Best Readers Choice Awards panel of experts, and then voted on by readers.   In just the last few years, TAP has become the fastest growing European airline in the USA, growing from 16 flights per week to 71 in just five years.

TAP has also quadrupled the number of destinations it serves in North America, in that same timeframe, currently operating from eight gateways in the USA and Canada: Newark, Miami, Boston, Toronto, New York JFK, Chicago, San Francisco and Washington-Dulles. In May, TAP adds its ninth gateway, in Montreal.

In 2019, the Company carried on all the routes from North America more than one million passengers, an increase of 250 percent since 2015.

And yet, with the airline’s investment in a new Airbus fleet – with an order of 71 brand new aircraft --  in environmental terms, TAP’s new fleet is quieter and consumes about 10-12 percent less fuel than previously, respectively also greatly reducing emissions per passenger transported.