Portugal is a nation of regional foods — and what is beloved in one place is often unknown in another. In fact, there is a line in Portugal that separates the use of coriander (Coriandrum sativum) that broadly follows the Tejo River. To the South, coriander is king — dominating dishes such as açorda, bread dishes, garlic rice with coriander, and pork and clams.   Also known as cilantro, coriander is a fragrant herb in the family Apiaceae. Coriander is native to regions spanning from southern Europe and North Africa to Southwestern Asia. 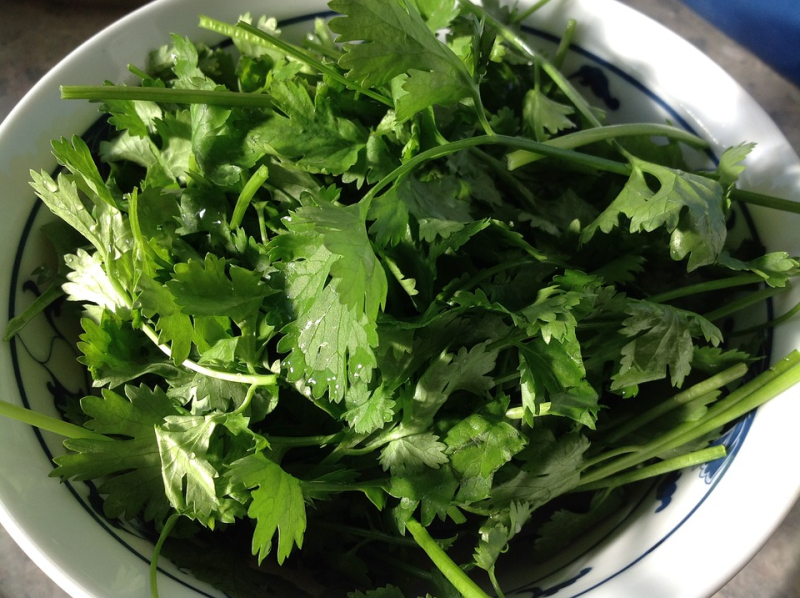 Today, Portugal is the only European country to use coriander as a fresh herb, in food and salads, and it makes the key ingredient in Açorda, a bread soup that defines the Alentejo. Simple, local and complex, Açorda is made with water, olive oil, garlic, a poached egg, salt, stale bread and coriander. Also made from local bread are migas which accompany fried pork cubes.

The question one has to ask is why? Coentros, or coriander, may have come to the Alentejo with the ancient Greeks. But it was the Moors who ruled the Alentejo for 500 years who kept the flame of coriander burning.  Coriander is common in North African cuisine, commonly served with lamb, goat and stuffing.

The North African cultural legacy is strongest in the Alentejo, and the taste for fresh coriander is alive and well, but hardly crosses the Tejo River, where parsley is commonly used.

So head for the Alentejo, cross the coriander line — and discover the freshest food in Portugal, where the link to the past and the future is coriander.

Here ends the last and the first

and the one seeks the other its equal

to say a name between cork oak and wheat.

This is the purest and truest floor.

And the shadows sit with me

in the shade of a cork tree.