In 1958 NASA was born, Brazil took the World Cup, and the notorious 58 World’s Fair was held in Brussels. But, for Portugal 1958 was a year that would finally see the last remnants of democracy crumble. The “Estado Novo” had held regular elections since coming to power in the 1920s, but the 58 Presidential elections were the first where the opposition was able to really challenge the power of Prime Minister António de Oliveira Salazar. 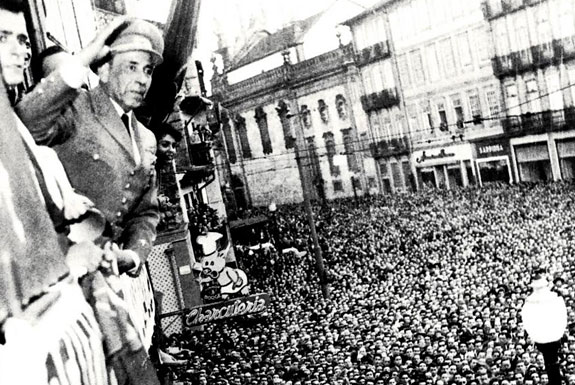 The União Nacional Party put forward the bland Américo Thomaz as their candidate against Humberto Delgado, an independent. And, it was General Humberto Delgado who garnered popular support. Delgado had evolved from an ardent fascist supporter, to being horrified by World War II, and then seeing democracy first hand as the Portuguese military attaché at the Portuguese Embassy in Washington DC. He was also a founder of TAP Portugal. Delgado turned on the “Estado Novo”, and drew massive crowds at his rallies, promising — if elected — to fire Salazar.

The "General sem Medo" or “fearless general” certainly won the election of 1958, but that was not what the regime’s official vote count said: 76.4 percent of the vote for Thomaz and just 24 percent for Delgado. In a massive case of electoral fraud, opposition representatives were banned from watching the tallying of ballots. Some said the regime just reversed the vote count. Delgado fled into exile. Then, Salazar amended the Constitution giving the power of presidential election to the National Assembly. The people would vote no more.

In 1965 Portugal’s secret police lured Delgado to an ambush on the Spanish border and murdered him. It would take the 1974 Revolution to restore the people’s vote. So next time you land at Humberto Delgado Airport, remember what he fought for.