A guide to the best neighborhoods in Lisbon

Lisbon is known by locals as the “city of seven hills," a quote that dates to the 17thcentury. There are actually eight hills, as the author forgot to count one, and the city’s ups and downs distinguish between its many neighborhoods, each with a different style and feel. From the historic quarters to the most modern areas, we will take you on a tour of Lisbon’s best neighborhoods. 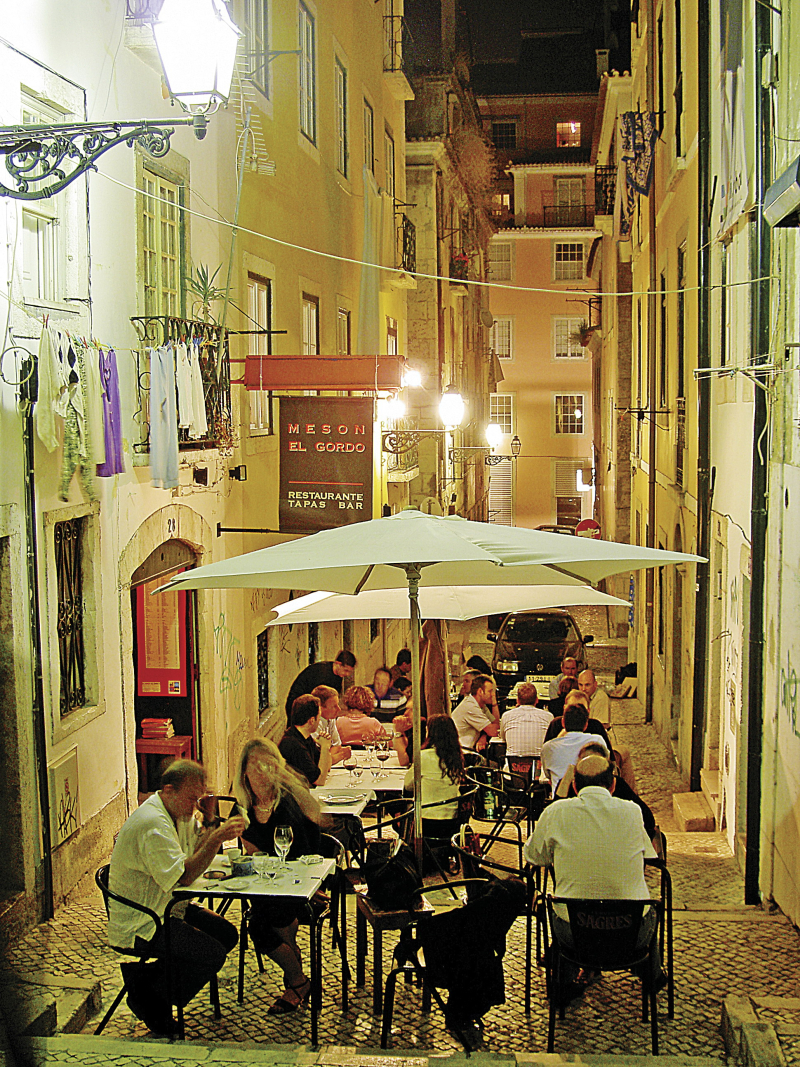 Part of Lisbon’s old town, Alfama is one of the most historic neighborhoods in the city. The maze-like narrow streets, hidden stairways and colorful tiles are part of Alfama’s historic charm. But times are changing, and rents are increasing, so true “alfacinhas” – how Lisboans are called – may not be living there anymore. This neighborhood is home to many Fado houses and a guidebook staple. Also, surrounding Alfama is the Castle Hill and the Santa Luzia lookout, adorned with bright purple bougainvillea. And if this Lisbon classic is too crowded for your taste, other lesser known areas might offer you the same authentic feel.

Today, this quarter is a popular party neighborhood that overcame the sketchy reputation it had in the 1980s. Bairro Alto is filled with good eateries, many bars and – unsurprisingly – many tourists. It is mostly a nighttime destination that attracts younger crowds, but during the day one can explore its fashionable stores and cobblestone streets. But the most important landmark in Bairro Alto is the Church of Carmo, which houses Gothic ruins left by the 1755 earthquake, not far from a rooftop bar with a great view.

And if you keep walking down from Bairro Alto, you will reach Chiado and downtown (Baixa). Walk by the riverfront at Terreiro do Paço, a square surrounded by former administrative office buildings, or look for the cafés and places that inspired many Portuguese literary works. Visit the underground Roman ruins, or simply enjoy the Pombaline architecture. Downtown is one of the few areas in old town Lisbon where streets have urban planning, following the devastating 1755 earthquake and reconstruction plans designed by the Marquis of Pombal – who got an imponent statue and traffic circle named after himself, ironically one of the most congested in the city.

This is the birthplace of Fado and one of the oldest and most authentic neighborhoods in Lisbon. Mouraria translates to Moorish Quarter, as its originally was a Moorish ghetto when Lisbon was liberated in 1147. This is the city’s most culturally diverse area with restaurant options from all around the world and a vibrant night life. Due to the rise of tourism in Lisbon, this neighborhood has become a cool secret and a hipper version of Alfama. There are equally colorful and charming narrow streets, but less people. And the new electric escalators in the Martim Moniz square are an easy way to reach the Castle of São Jorge.

Graça was the forgotten hill in the 17thcentury tale that made Lisbon known for its seven hills. This is also one of the historic neighborhoods, where small traditional stores remain in business. The area has been relatively undisturbed by Lisbon’s wave of renovations and therefore continues to be a very authentic part of town. One of the best hidden gems in Graça is the Sophia de Mello Breyner viewing point and café, named after the Portuguese 20th century poet, which offers stunning views over Lisbon and the Castle hill.

The name of this neighborhood probably rings a bell due to the famous Pastéis de Belém – very similar to the Portuguese custard tarts, but a unique pastry created by the monks of Belém. Expect long lines when visiting the original and only shop, but the taste is worth it. Not far from there is the Jerónimos Monastery, an impressive Manueline-style construction overlooking the river. In Belém you can also find several art museums and the Tower of Belém, sitting on the water and part of the Portuguese defense system in the 16thcentury.

This neighborhood by the river used to be a hub of traders and fishermen, as the word ‘Cais’ translates to pier or dock. Due to its history, it held a longstanding reputation as a bohemian part of town. Today, it is one of the most lively and crowded nightlife spots, very much thanks to the restoration of several buildings and the photo-worthy Pink Street, where historic and new bars coexist side by side. The riverfront terrace at Ribeira das Naus is also a very pleasant place to visit during the day, to grab a drink and watch the sun setting over the river.

Everyone in Lisbon knows the traditional idiom “rés-vés Campo de Ourique”, meaning ‘too close’ or ‘bordering’ Campo de Ourique. Like much of Lisbon’s recent past, this expression dates back to the 1755 earthquake, as the trail of destructions only reached as far as this neighborhood. Today, Campo de Ourique is a rather upmarket neighborhood where many families reside. It’s known for being calm and quaint, and for the gourmet food court Mercado de Campo de Ourique, a smaller and more local version of the Time Out Market.

Marvila is an up and coming neighborhood and a very good example of the effort to modernize and restore Lisbon. Inhabited mostly by entrepreneurs, coworking spaces and startups, this part of the city is where ideas come to life. Although it is far from the center, lots of hip new businesses and hip younger people are making this neighborhood their home. Simply put, it’s the Brooklyn of Lisbon.

Located near Belém, Alcântara is another example of a recent fashionable area. This quarter gained a new life following the creation of LXFactory, a complex of old warehouses transformed into good restaurants, independent stores and cool bars, as well as open-air vintage and antique markets. Locals go there as much as tourists do. And there is also a small marina, Doca de Santo, under the red 25 de Abril bridge, with several restaurants and a bicycle path to enjoy on sunny days.

This is a very trendy neighborhood that lives up to the literal translation of its name, Royal Prince. Located North of the lively Bairro Alto, Príncipe Real is mostly a residential neighborhood with good upscale restaurants, boutiques and gardens, including the beautiful Botanical Garden inside the Museum of Natural History.

This broad avenue is known as the Champs Elysées of Lisbon, as it is where most designer stores are concentrated. The city’s finest hotels are also located on both sides of Avenida da Liberdade, and over the years is has also become home to many office buildings. Walking around this neighborhood is a pleasant and luxurious experience, but there are also lots of kiosks where you can sit down for a drink or espresso. Or you can watch a play or a concert in the historic performance centers Tivoli or Capitólio, or a movie at the arthouse Cinema São Jorge.

Parque das Nações is one of the most modern areas of Lisbon, where buildings and the architecture look nothing like the traditional parts of the city. This neighborhood was developed to accommodate the world Expo in 1998 and today is the stage of big events like the Web Summit. This area might not be visitors’ first choice as it mostly has tall residential and office buildings, but there are interesting things to see and do. The Lisbon Oceanarium and the science center Pavilhão do Conhecimento (Knowledge Pavilion) are great options, and the cable cars circulating over the river will offer a great city view.

As you can see from the number of neighborhoods, there are many little Lisbons inside Lisbon, each offering different things. From traditional quarters, to blissful residential areas to fashionable districts and modern architecture, Lisbon has it all. To make the most out of your trip, we suggest you plan to explore the city by areas. These neighborhoods all surround each other and are easily reachable by public transportation or on foot – if you don’t mind the seven (eight) hills.