Home Archives Subscribe Meet the team
Portugal is slowly reopening for Americans to visit - Here’s what you need to know… for now
The problem with the Alentejo: Why you are missing it…

Did you know? A tour of the best regional food products in Portugal

If we had to choose one truly remarkable thing about Portugal, it would be the cuisine. There are amazing natural landscapes and miles of beaches, not to mention the rich culture but Portugal has many delicacies that are only found in certain regions and they are worth a special trip.

We will leave wine out of this equation, but we will talk about something that pairs very well with it – cheese. There are many kinds of Portuguese cheeses; made from goat, cow or sheep milk. The cheese from the Serra da Estrela Mountains is one of the most famous ones, coming from the highest peaks in continental Portugal. Made from sheep’s milk, this is an artisanal cured cheese commonly known as Queijo da Serra that has a creamy texture when young and becomes harder as it ages. Another popular product is known as Queijo da Ilha and it comes from São JorgeIsland in the Azores archipelago, standing in the Atlantic Ocean between the United States and Portugal. This is a semi-hard cheese made from cow ‘s milk.

And since in Portugal it is quite uncommon to eat cheese without eating bread, we have to mention bread from Mafra, a royal town, north of Lisbon, and bread from Alentejo, Portugal’s cork country. The first is a rustic loaf with a thin crumbly crust that was traditionally made using flower milled in windmills. The latter has a round shape and is used to make one of Alentejo’s main dishes, a bread stew called açorda. Also an Alentejo specialty is the cured ham, orPresunto de Barrancos, a DOP product named after the town where it comes from and that borders Spain. This cured ham is similar to the Iberian Pata Negra and has a distinctive flavor, not too salty and sometimes a little spicy.

Then there is a type of sausage that can be traced back to Jewish origins, Alheira de Mirandela, which comes from a small city in Northeastern Portugal - Mirandela. Unlike the majority of Portuguese sausages that are made with pork, this one is made with poultry mixed with bread and sometimes beef. Another traditional meat dish is leitão, the Portuguese word for a suckling pig, and there are two main hotspots where it comes from: Mealhada and Negrais. Folks will drive for miles on the weekend to feast on leitão.

But Portugal is not only about meat - there are also fruits that make the list of unique regional products. Pineapples from the Azores archipelago, that grow in hothouses, apples from Alcobaça, a Western city that is home to an imposing 13thcentury monastery, and a native Portuguese variety of pear called Pêra Rocha, also coming from the coastal part of the country. 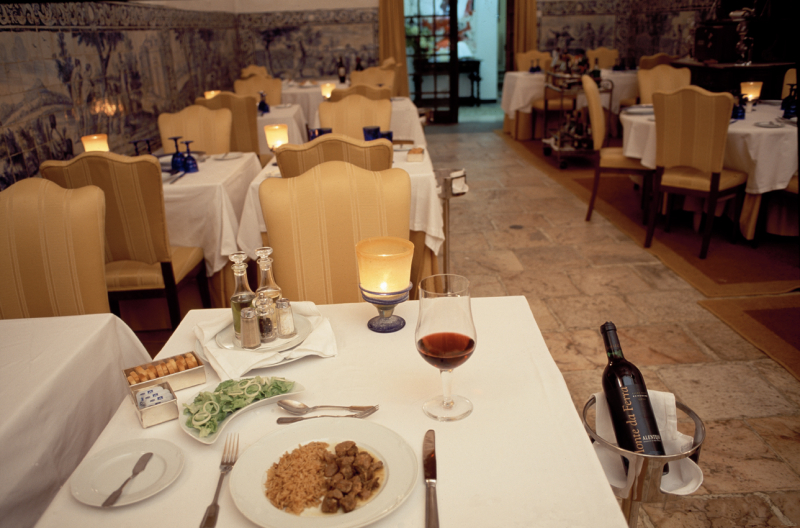 In the Southern end, we highlight the sea salt from Tavira, a city in the Algarve region bordered by the Atlantic. This artisanal salt is also a DOP, harvested from the Ria Formosa Natural Park and unrefined, lending food an intense flavor. Tavira is also known for octopus fishing, and this ingredient is used in many refreshing summer dishes. Speaking of fish, black scabbard fish is the trademark dish of Madeiraisland, as this ugly-looking species is most commonly found in the deep depths of the Atlantic waters surrounding the Portuguese archipelago.

As you can see, from North to South that is a wide variety of hidden culinary gems based on regional ingredients. To taste all the regional flavors of Portugal just set out on a food tour!