The Portuguese hotel scene saw the opening of several new properties this year, from luxurious 5-star resorts, to modern city hotels, quaint guesthouses or eco-lodges surrounded by nature. As the year is coming to an end, we did a roundup of the most remarkable new hotels that opened recently.

Lisbon, the capital of Portugal, sees new hotels and lodging options pop up every day, but this year two properties stood out. The 5-star hotel The one Palacio da Anunciada and Casa Fortunato, a luxury guesthouse, are both located in refurbished historic buildings in the more affluent parts of town. While Casa Fortunato is a family-owned business combining warm hospitality with tasteful modern décor, the one Palacio da Anunciada is set in a 16th century palace with a sophisticated atmosphere that blends perfectly with its surrounding Avenida da Liberdade, Lisbon’s Fifth Avenue.

Located about an hour away from Lisbon in Comporta, “the Hamptons of Portugal,” the new resort Quinta da Comporta is a sustainable project set in the heart of this idyllic beach town. The property offers 73 rooms and pool villas with a predominantly white and natural boho-chic aesthetic, a heated outdoor infinity pool, spa, cinema, cocktail bar and a restaurant that uses local produce from the resort’s organic garden.

Up North, the booming city of Porto also welcomed two new hotels that are raising the bar of the city’s offerings. Set in the heart of Porto’s historic center, the 5-star hotel PortoBay Flores features 66 luxury rooms and suites and a bar with direct street access. The hotel is built around an 18th century chapel and is a perfect blend of historic and contemporary. And since Porto is famous for its wine, Vila Galé’s new property Vila Galé Douro Vineyards seizes the stunning views over the Douro Valley slopes. Currently in soft opening, the hotel features 7 rooms with 42 additional rooms and suites underway. It also has a wine cellar open daily for tours and tastings.

But the novelties in Portugal’s hotel scene aren’t limited to the luxury offer – Selina Group debuted two hotels targeting surfers and a younger demographic that opts for budget traveling. Selina Boavista Ericeira in the surf town Ericeira has 11 rooms, that can range from private double rooms, family rooms and shared dorms. Sharing the same model, Selina Milfontes is located in Vila Nova de Milfontes, a popular beach destination in the southwestern coast of Portugal, also known as the Vicentine Coast. Both properties have relaxing ocean views, a Jacuzzi or outdoor pool, restaurant and bar and shared kitchen. Both hotels also offer daily yoga classes, workshops, live music and entertainment. 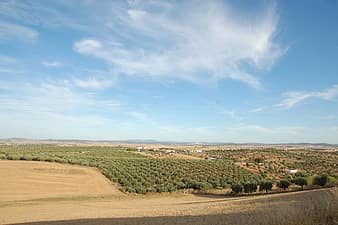 In the Alentejo, the former frontier fortress-city of Elvas saw the opening of Vila Galé Collection Elvas, a new 4-star historic hotel with 79 rooms, two restaurants, bar, spa and indoor pool, and many event rooms. Set in the former Convento de São Paulo in the historic center, the 1721 building, vacant since 2004, is the first hotel to open in Portugal under the Revive Program. This is a Government-sponsored initiative that seeks to rehabilitate public historic buildings and boost tourism in culturally significant locations.

Also in the Alentejo, Portugal’s cork country and home to the Great Alqueva Lake, is the new Herdade dos Delgados – Dark Sky View Hotel & SPA, featuring 24 bedrooms and 3 apartment suites. Located near Europe’s largest man-made lake, the hotel is great for an off the grid vacation including stargazing by night and lakeside fun by day. The property also has a locally sourced restaurant, terrace bar, pool, spa and sports facility.

Last but not least, three new luxury hotels opened this year on Madeira Island, Europe’s leading Island destination also known as the Hawaii of Portugal. The Savoy Palace is a 5-star hotel located in Funchal, offering a mix of classic luxury and modern comfort, featuring 352 rooms and suites with capacity for 1,400 people. Set on a hilltop with amazing sea views, Les Suites at The Cliff Bay is the new 5-star resort offered by the Porto Bay Hotels & Resorts Group. The new property is adjacent to The Cliff Bay Hotel and features 23 luxury suites equipped with a kitchen and dining area and surrounded by expansive gardens. And located in the scenic fishing town Câmara de Lobos, 5-star hotel Pestana Churchill Bay offers 57 contemporary-styled rooms, restaurant and bar services and a panoramic rooftop pool with views of the ocean and the colorful bay that inspired Winston Churchill’s paintings in the 1950s.

And now that we’ve recapped some of the hotels that opened this year, read on to know what’s in store for the coming year.

Turim Santa Maria Hotel and Caju Design Hotel are the two new properties that just opened on Madeira. Both hotels are located in the center of Funchal, close to the local farmer’s market Mercado dos Lavradores, several museums and the oceanfront. Turim Santa Maria Hotel is housed in a building from the 1960s that has been rehabilitated to offer 100 rooms and sophisticated facilities. With 26 rooms, Caju Design Hotel is set in one of city’s shopping streets, in the same building of the island’s first supermarket. The old façade has been kept to preserve the architecture style in downtown Funchal.

The Portuguese hotel group is expanding its national portfolio with new hotels, two of them located in downtown Lisbon, and the other near the city’s airport. The first hotel is scheduled to open this October, and the remaining by the end of the next year. The renovation and rebranding of a hotel unit in the Azores island is also underway. My Story Hotels currently owns 4 active properties in the heart of downtown Lisbon: My Story Hotel Ouro, My Story Hotel Rossio, My Story Hotel Tejo and My Story Charming Hotel Augusta.

The hotel group Vila Galé is transforming two historic buildings into a new 100-room hotel in the downtown of Tomar, a culture rich city in the Portuguese countryside. The two properties are the 16th century Santa Iria Convent and a former all-girls Templar school, both made available for investment under the Portuguese Government’s Revive program. The hotel group is rehabilitating other historic buildings, such as a new hotel in the mountain region Serra da Estrela and another property in a horse farm in the Alentejo.

I would like to thank you for the lovely basket of champagne and assorted goodies waiting for us in our room when we returned after a morning of shopping. What a wonderful surprise! How very thoughtful of you to remember our 2nd anniversary with such a nice gift. We have enjoyed every minute of our time at the Resort. The staff has been outstanding, and everyone has made this occasion very special.
Thank you.