A tour of Portugal’s most famous haunted places

A tour of Portugal’s most famous haunted places

October is the spookiest time of the year and in the spirit of Halloween, we’ll tell you all about Portugal’s not so secret ghost hubs. With more than 800 years of history, Portuguese culture has a wealth of chilling myths and eerie stories. Discover the haunted manors, old hotels, schools, palaces and hospitals than can be visited today across Portugal.

Taking the capital as a starting point, Lisbon has a long record of paranormal activity. From Palace Beau-Séjour, located not far from the Zoo, to the headquarters of the workers’ association A Voz do Operario, to the college of Fine Arts in downtown, all these places are said to be inhabited by ghosts. The Fine Arts campus is located on the site of a convent built in 1217 and that closed in 1834, and there are many accounts of elevators running with no one in them during the night, mysterious writing on the floor, closing doors, white feathers and strange shadow sightings. Some even claim human bones have been found inside the college.

About 30 minutes away from Lisbon, Sintra and Cascais host haunted mansions. Built in 1903 on the oceanfront of Cascais, Casa das Pedras is rumored to have flashing lights and windows that open on their own, but the owners claim none of this is true. Drive along the Avenida Marginal to see this chilling 4-story manor similar to a medieval castle, and then explore this charming town of the Portuguese Riviera. 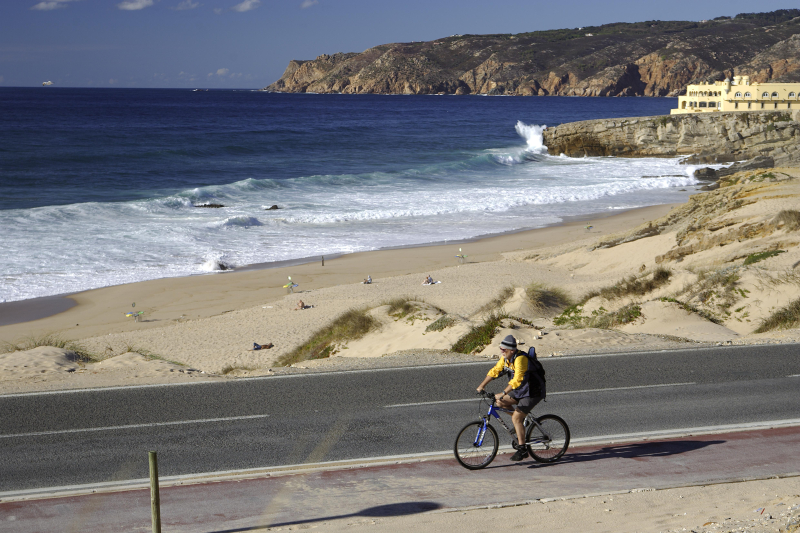 A little north, Sintra is home to romantic palaces and a Moorish castle, and the mysterious fog that covers the mountain has inspired many tales. Chalet Biester is located on one of the hills and its dark conic roof granted it the nickname of Witch House. This 1860s manor was the set for Roman Polanski’s thriller ‘Ninth Gate’ starring Johnny Depp, and urban legends say that a secret society gathers in the underground floors, where a book written by the devil himself is also hidden. Truth or not, one very real aspect of Chalet Biester that is out of this world, are the medieval frescos painted by Luigi Manini.

Near Valongo, in the North of Portugal and not far from the Douro River, is a classic example of haunted properties: Sanatorio Mont’Alto. Sanatoriums and hospitals are famed for being ghostly, but this abandoned building gets extra creepy points. The facility was built during Portugal’s Estado Novo regime and opened in 1958 to assist tuberculosis patients, but was later used as a psychiatric hospital and has been closed since 1975. There are myths that some patients died under sinister circumstances and their souls torment curious visitors to the ruins. The property is used today by paintball players, who report doors squeaking, a heavy and cold atmosphere and inexplicable noises.

Coimbra’s Hotel Astória opened in 1926 as an Art Nouveau landmark in the heart of the city. Today, this stylish grand-dame looks and feels of another age, and while guests love it, some have written of odd and other weird encounters in its halls.

Another spooky sanatorium story takes place in Serra da Estrela Mountains, the highest peak in continental Portugal. The former Penhas da Saude sanatorium had been vacant since the 1980s and today is a 5-star lodge whose renovation was overseen by renowned Portuguese architect Eduardo Souto de Moura. Despite the modern and luxurious facilities, guests report seeing humanlike figures in the hallways, thumping, sudden temperature drops and loud noises, evoking the ghosts of patients who passed on at the sanatorium.

Last (but not least) is Lethes Theater in Faro, the capital city of the southern Algarve region. Once a Jesuit school founded by the Bishop of Algarve, the building was renovated in the mid-19thcentury to become a theatre decorated in red velvet and gold. Although the outside seems old, the painted ceilings and framed stage make up for it. But the performances in this venue are not limited to drama and music. The theatre staff say they sometimes hear footsteps on the wooden stage and some claim to have seen a moving shadow, believed to be the ghost of a ballerina that hung herself in the hall and still dances there at night.