Our favorite island escape is....

Madeira has been known for more than two centuries as a paradise with warm year-round temps, plenty of sun, world-class hotels, and lots of things to do. But, “beaches” has never been on the list (although you can swim in the sea, since most of the swimming pools of the major hotels in the Island are built into the sea). Madeira has a little-known sister island that through lots of infrastructure investment and planned growth has emerged as the best little beach in Europe. While Madeira is lush, green island, Porto Santo is a dry crescent with a six-mile long beach on its central bay. The light yellow sand is rich in magnetic rock and that same sand has a healing power. The clear waters of the bay are always warm with no undertow. Tiny islands cap either end of the long beach, while the rest is backed by dunes with beach grass and cactus flowers. 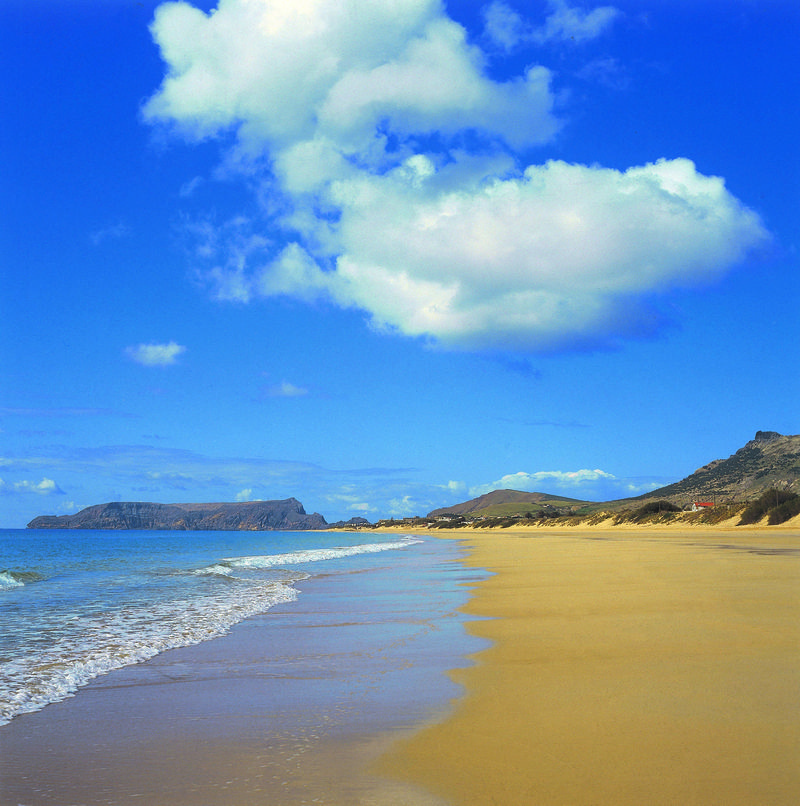 An occasional café is off of the beach, but for the most part, the ample sands turn into fields where grapes are grown for the local wine. The downtown is charming and historic with a 17thcentury museum dedicated to Columbus (he lived on the island) and a central square from the 16thcentury. About four main eateries and a few boutiques flank the square. But, even in mid-summer, there is a sleepy, relaxed feel to Porto Santo. The best way to explore the uninhabited interior of the island is on foot, as the hills rise and fall along easy-to-hike trials. The north coast is all rocky cliff, with the small park at Fonte de Areia notable as a picnic spot and a place to admire its windblown sandy cliffs. And, all four of the island’s high peaks are an easy hike.

So for a beach without high-rises, a laid-back feel, healing sands, and even bits of china washing up on shore from shipwrecks, check out Porto Santo. Yes, it has golf, tennis, new hotels and carting, but once you see the beach… you won’t want to go anywhere else!