Home Archives Subscribe Meet the team
Where to go now? Portugal!
Condé Nast Traveler Names Portugal’s Alentejo as one the Best Destinations in the World for 2022

A Prego is a typical treat that can be eaten on bread or on a plate. It is usually seasoned with mustard or hot sauce.

When served on the plate, no Prato, it is usually accompanied by French fries, rice, a fried egg and salad. Sometimes it can also contain ham, between the steak and the egg. Or it can be no pão, served on bread. 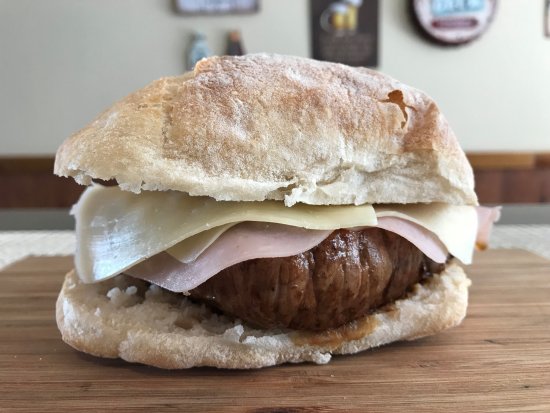 The make up can vary, having  a steak, beef or pork, and one or more side dishes. The pork variant, explicitly known as  bitoque de porco, is more recent. The Bifana is a typical dish created in Vendas Novas. It consists of pork steak, cooked with garlic and wine, which is placed inside warmed papo seco bread.

In the book "Velharias de Sintra VI", 1988 edition, it is said that Manuel Dias Prego started a "food and drink" business at the end of the 19th century at the Praia das Maçãs, in a store rudimentary where he served Colares wines, to accompany slices of veal, fried or roasted, wrapped in tasty bread from the nearby ovens. The business prospered, given the fame that the "nail steaks"or bifanas do prego gained.

The snack entered the popular slang term at the beginning of the 20th century, with designation simply, "nail" in memory of the "creator" of the delicacy.